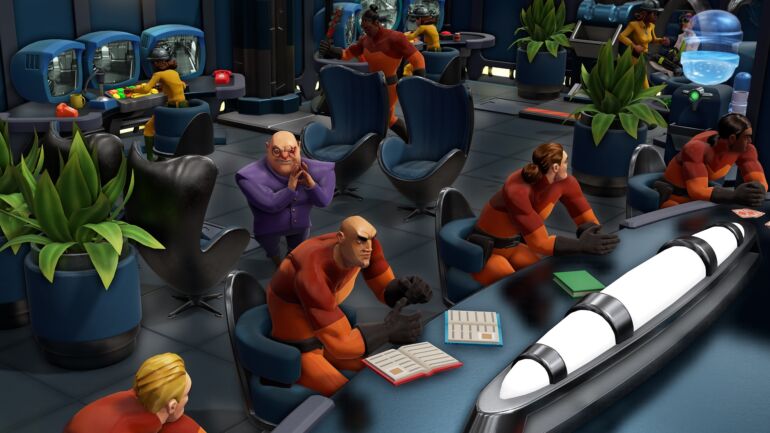 Game studio Rebellion has announced that a new mode will be available on upcoming video game Evil Genius 2: World Domination.

Players will be able to enjoy Sandbox Mode during the game’s launch and it will be free of charge. They can enjoy building their lairs without having to worry about the campaign progression or unlocking other stuff. They can create their own first open-plan supervillain HQ without any problems at all. This is the freedom that everyone wants where they can make their own base without following the campaign.

Pre-purchases are now live on Steam with 15 percent discount for those who own the original game. There is also the default discount of 10 percent on all pre-purchases of the upcoming title. All pre-purchases will include the Fountain of Youth and Trojan Horse in-game bonus items.

The Evil Genius 2 Deluxe Edition was revealed as well. It will include the base game, Season Pass One, the Fountain of Youth and Trojan Horse items, and the Aurora Borealis in-game bonus item.

Season Pass One grants you access to all of the content from Evil Genius 2 Season One as it becomes available post-launch; this will include:

More details will be revealed later on as the launch draws near.

Just like the Standard Edition, you can pre-purchase the Evil Genius 2 Deluxe Edition with a 10% discount that rises to 15% if you own Evil Genius on Steam.

The Evil Genius 2 Deluxe Edition is priced $59.99 (before discounts).

The special Collector’s Edition for the game will feature the limited-edition collectible Maximilian vinyl figure.

An Evil Genius official magazine was announced, which will offer details on the background behind the new chapter in the beloved series with developer interviews, genius profiles, and details on new special features. It will have new comics that feature the game’s four Evil Geniuses, their henchmen, and minions.

The Evil Genius 2 Collector’s Edition will be available March 30, when Evil Genius 2: World Domination launches on Steam. It’s available to pre-order now via the Rebellion Store with up to 15% off – with all pre-orders coming with the Aurora Borealis, Fountain of Youth and Trojan Horse in-game items free.

The Evil Genius 2 Collector’s Edition is priced $84.99 (before discounts).

Evil Genius 2 is Rebellion’s hotly anticipated spy-fi lair-builder. Build your secret base on an exotic island, recruit and train loyal minions and powerful henchmen, defend yourself from the Forces of Justice and dominate the world stage.

Featuring four evil geniuses to play as, four unique campaigns, three island locations, and a cavalcade of new rooms, henchmen, agents, traps and lots more, Evil Genius 2 is ready and primed for World Domination when it launches March 30 on Steam, priced $39.99 (before discounts).