Evil West Trophy Guide & How to get Platinum 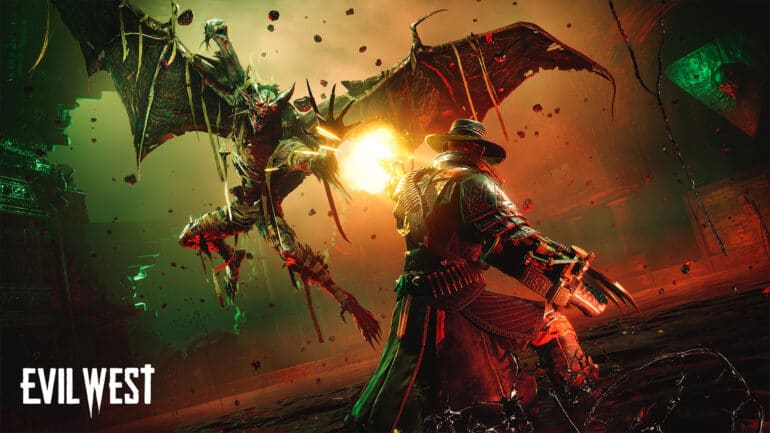 This is our Evil West trophy guide. Evil West is an upcoming third-person shooter developed by Flying Wild Hog and published by Focus Entertainment. The developer is known for many successful over-the-top action games which give us confidence that this title will at least live up to that standard.

As for the game itself, players get to play as Jesse Rentier, an agent protecting the Wild West against the Evils that hide in the dark places of the world. The game features cooperative play as the second player plays as grizzled veteran Edgar Gravenor.

In this guide, we’ll tell you what trophies to look out for as you traverse through the Cursed West in search of a platinum trophy.

Note: Evil West is set to release on November 22, 2022. Only the trophy list has been made known to us now.

Update: Evil West is out now.

There are 30 trophies in total:

The most glaring part of this trophy run is the fact that many of these trophies are tied to boss battles and the difficulty they are fought on. This is good for players who clear challenges without breaking a sweat. But other players will have to step it up if they want to get closer to that platinum trophy.

Other than that, most of the trophies are the ones that you obtain with repeated use of your arsenal. My advice is to get those out of the way before choosing favorites. And with all the enemies that flood the screen in this action, getting Slam Champion shouldn’t be too hard.

The only trophies that’ll extend your playtime will be the collectibles and upgrades. Thankfully, there’s only the Field Agent trophy for that. The Boys’n’Toys trophy appears to be something you get naturally as you go out and earn money. Which conveniently ties in with the Chest Nuts trophy.

And that’s it for all the trophies you need to get in order to earn the platinum in Evil Dead. Not too much of a task but the difficulty-related ones might tempt others to reconsider going all-in. But this is the Wild West we’re talking about. Isn’t much fun without any risk.

Check out this ‘Wecome to Evil West’ trailer from Focus Entertainment featuring Machete himself, Danny Trejo.