This spin-off is possibly getting the next-gen treatment soon. 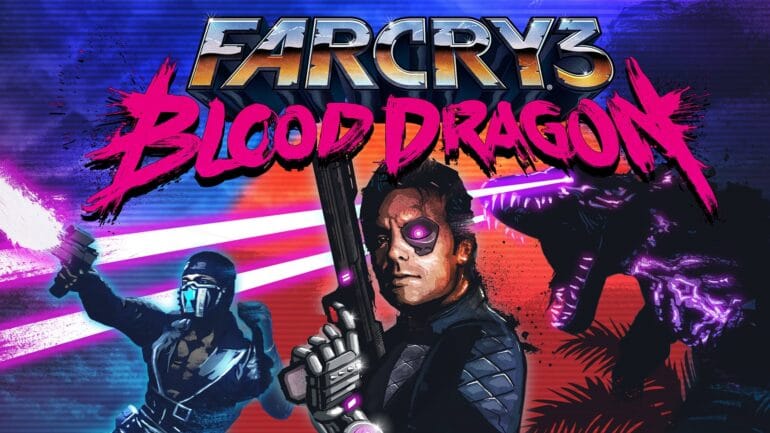 Possibly an upcoming new version of the game, Far Cry 3: Blood Dragon Classic Edition was recently seen on the official website of the Entertainment Software Rating Board.

Just recently, the ESRB website has rated the video game with its platforms and rating summary. It is rated M for Mature and recommended only for ages 17 and above. It also had platform, which were PC, PlayStation 4, PS5, Google Stadia, Xbox One, and Xbox Series X/S. This seems to be an upgraded version of the game, which is a spin off version of Far Cry 3.

Check out the rating summary below:

This is a first-person shooter in which players assume the role of Rex Power Colt, a cyber-commando tasked with neutralizing his former commanding officer. Players use pistols, machine guns, shotguns, explosives, and futuristic weapons to kill robotic cyber soldiers and mutant creatures in frenetic combat. Players can also employ close-combat attacks to stab enemies in the back and chest with a short sword. Battles are accompanied by screams of pain, realistic gunfire, and large explosions. Cyber enemies emit splashes of bright blue liquid when hit; a handful of still-frame cutscenes depict red blood when characters are shot. During the course of the game, a still-frame cutscene depicts silhouetted characters engaging in a brief sex act—sexual moaning sounds/dialogue is heard; bare buttocks and breasts are briefly depicted. The words “f**k” and “sh*t” can be heard in the game.

The summary pretty much described what Far Cry 3: Blood Dragon is all about, but this Classic Edition might be an optimized version for old and new-gen consoles. It is also going to be released on Stadia. No official confirmation from Ubisoft yet, but this could be legitimate.