Visit the Upside-Down in the game! 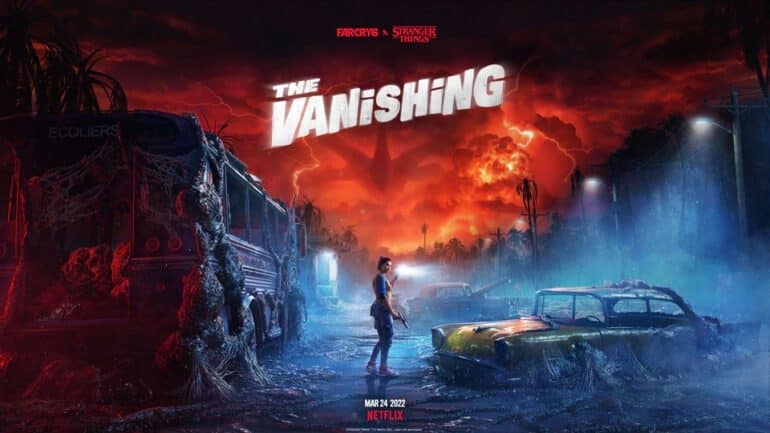 Players will be able to try out Far Cry 6 this coming weekend and to coincide with that is the upcoming crossover event with popular Netflix series Stranger Things. The DLC is called The Vanishing and it will be available starting March 24, 2022 for all players. It will bring a stealth-horror-survival gameplay experience to the game for the first time with mysterious characters and new lore.

In The Vanishing, players will be playing in a different and twisted version of Yara, which is clearly inspired by the Upside-Down world of Stranger Things. Dani finds out that the Yarans are suddenly disappearing out of nowhere and even Chorizo, the loyal dog, is gone. Players will be exploring Yara in locations inspired by Stranger Things like the hidden bunker, and an abandoned laboratory. Enjoy new skins for the flamethrower and the shotgun with this new DLC.

Aside from that, the free weekend will be running March 24 until March 27, 2022 on all available platforms of the game. Pre-load it now on PC and PlayStation platforms and gain access to the full game when free weekend starts. It will even include the Stranger Things crossover mission as well. After the free weekend, they can keep their progress and if they want to continue, they can buy the game and its Season Pass with big discounts.