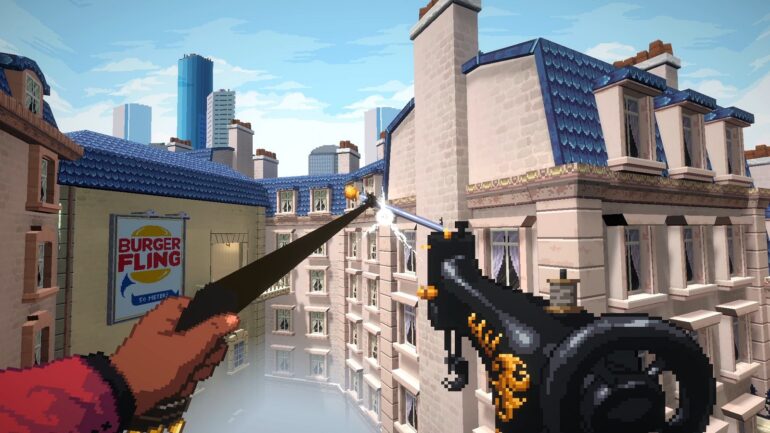 You can watch the Fabulous Extended Trailer below courtesy of No More Robots.

The Fashion Police Squad has been mobilized, as things in Trendopolis are not gucci *at all*. Baggy pants… dull suits… sightings of socks with sandals!? Something is going down, so the FPS are grabbing their Belts of Justice and Tailormade Sewing Machines, and heading out to Vera Wang some fashion sense into these lost souls.

Fashion Police Squad is a first-person “shooter” with a twist — you don’t hurt your targets, but instead, non-violently show them how to get a better fit, and come out looking gorgeous… if they’re so Calvin en-Kleined, of course.

But each fashion crime needs dealing with differently, so you’ll need to keep switching weapons, and sussing out on the spot with utility firs which crime. Will you Jimmy Choo-se to light up their dull suits with the 2DYE4 Carbine Elite, or maybe whip a belt around those saggy pants?