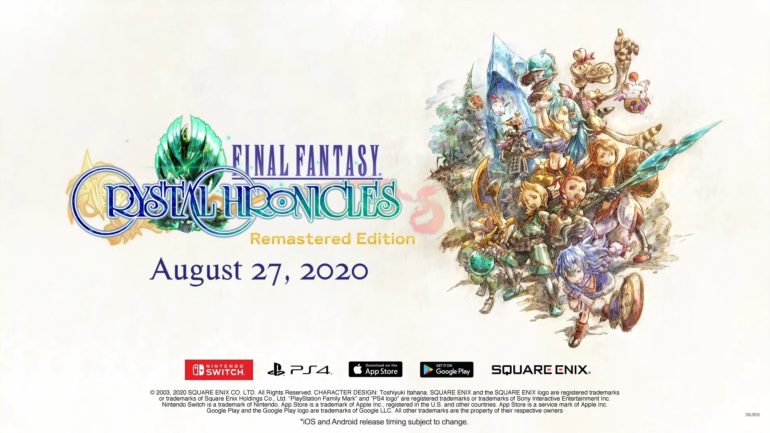 The RPG remastered edition will be coming on Aug. 27 for the Nintendo Switch, PlayStation 4, and iOS and Android mobile devices. This will allow adventurers to team up with cross-platform play.

The remastred edition will have tons of enhancements to make the experience way better than ever. There will be character voiceovers, online multiplayer with cross-play functionality, new items, and challenging new dungeons and bosses.

There is also a new Mimic feature that will allow players to take the form of various characters they meet on their journey. They can collect stamps and visit Moogle Houses, or complete difficult dungeons to collect unique crystals. This will allow them to change their appearance to that of their favorite Final Fantasy Crystal Chronicles characters and continue their adventure in style.