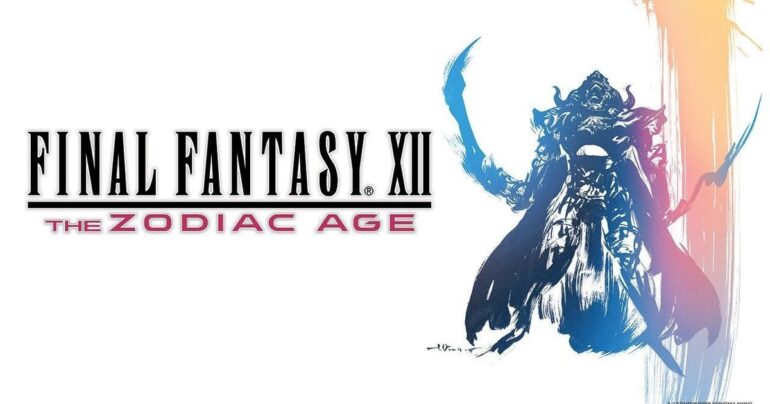 Final Fantasy is a strange series for the uninitiated. We are now up to the 15 numbered title but each numbered entry is a new everything and the only thing linking them between each other being a theme, creatures and a few character names. Enter Final Fantasy XII. A game that changed so much and came out a time when the PS2 was on the way out. These things equal to a game that was not played by many and was very divisive among those that did.

For the longest time, I did not meet anyone who liked the game. I only played a little of it when I was a child before my access to PS2 disappeared but from what I did play, I liked. It wasn’t until I entered adulthood and found like-minded people that I found other gamers that enjoyed what FFXII had to offer. This was a bittersweet moment as my opinion of FFXII was finally validated but at the same time, all the talk made me miss the game. It was the Final Fantasy that got away since I never finished it. Luckily, Square released The Zodiac Age and gave me a chance to play the game again.

Part of why Final Fantasy XII was divisive during its release was how far it strayed from the standard Final Fantasy Formula. The biggest departure is in how combat works. All combat encounters are fought in the over map and combat is in real time. Combat still limited by the Action Time Bar (ATB), but you are given free control of movement. This is a huge departure from the Turn-Based combat the series is known for. Every Final Fantasy changed how combat or magic works but the change in Final Fantasy XII felt like a complete overhaul of the system.

If you were fortunate enough to play the Massive Multiplayer Online entries, Final Fantasy XI or even the recent Final Fantasy XIV, then you will feel quite at home. The combat of Final Fantasy XII takes its inspiration from XI. Seeing how this is a single-player entry with a MMO mechanic, they added my favorite mechanic that allows us to control the other characters without actually needing to control them directly. This is the Gambit System. The Gambit is a very in-depth rules system that allows you to set your party’s behaviors. The first time I tried it back in 2006, I thought it was ahead of its time. The closest thing I can remember that reminds me of the Gambit system is the party rules for Dragon Age: Origins. 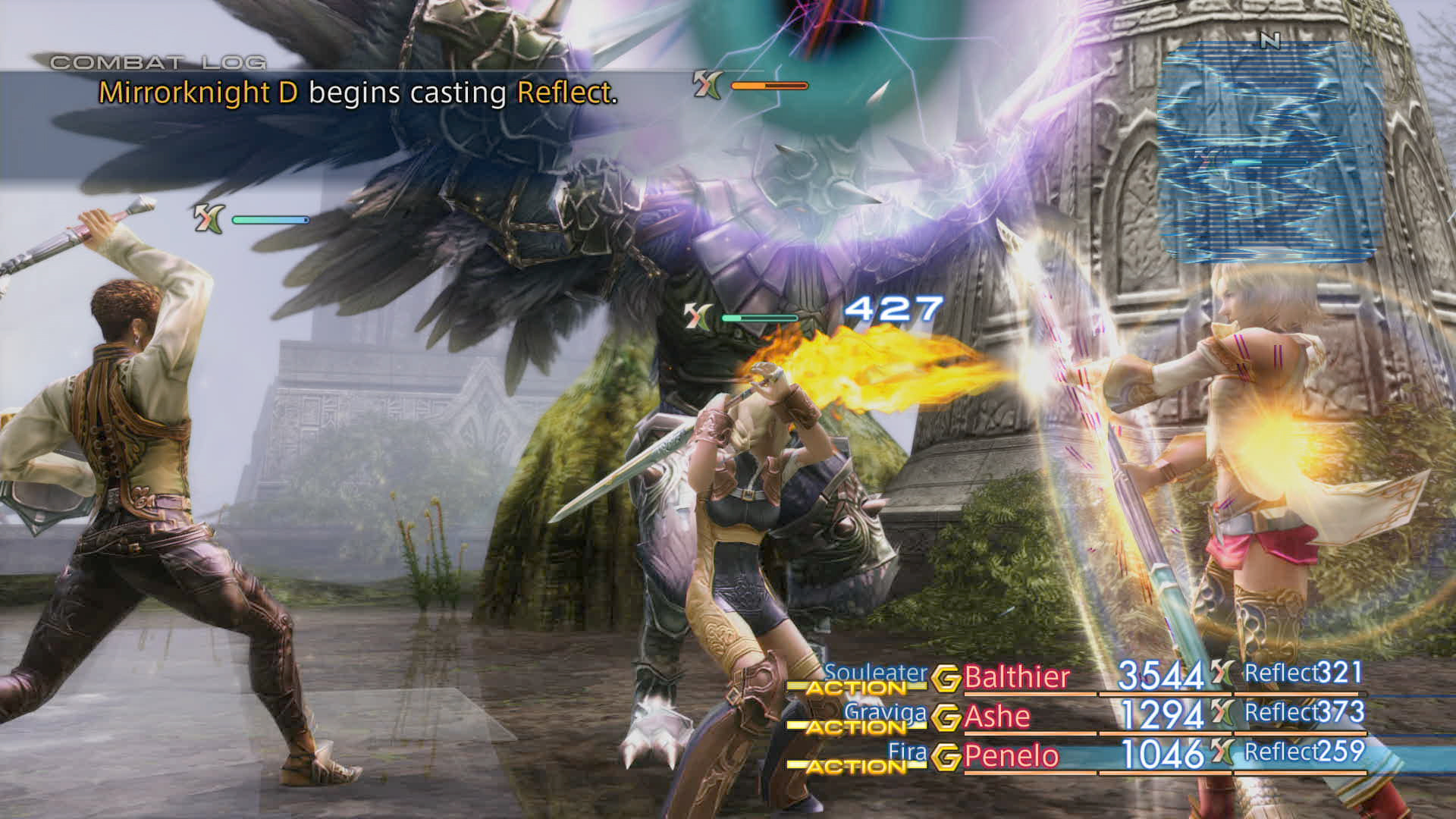 Even with all that, the fact that the game still functions on an ATB system, the battles are needlessly long. Looking back on it, these long battles are what made me drop the game back in 2006. This was incredibly problematic during long grind sessions where the mobs should be easy but it just takes forever to finish. Luckily. The Zodiac Age version of the game comes with a fast forward button that speeds up the game. This is honestly a god-send since we now don’t have that much time to game. And it is just not me. People who enjoyed XII back in 2006 should probably be working by now or at the very least be at the age where they should be in college.

Another departure from your typical Final Fantasy formula is how The Zodiac Age handles their Job System. While a Job system has been a thing since the very first Final Fantasy, most recent titles had characters with a specific purpose and their own abilities. With XII, you get to choose how your character grows. Want Vaan to be black mage right out the bat, you can do that. The job system is technically a new thing for me. From what I remember in the 2006 version, Jobs were not really specified. Everyone had access to the same license board. The progress tree of the game, but with this version, it has specific boards for specific jobs.

Final Fantasy XII is set in the world of Ivalice. A world it shares with Vagrant Story and the Final Fantasy Tactics games. Games set in Ivalice have stories for grounded then your typical RPG. A central theme for Ivalice Alliance games are Political Upheaval. This is very apparent from the start of the game. Additionally, like Final Fantasy Tactics, the game starts with Narration. The change of tone from World Ending disaster to the intricacies of political struggle makes the world of Final Fantasy XII one of my favorites.  The game does not make you to be the chosen one as well, which is a breath of fresh air. You are just a bloke, trying to get by in a world that is tearing itself apart. 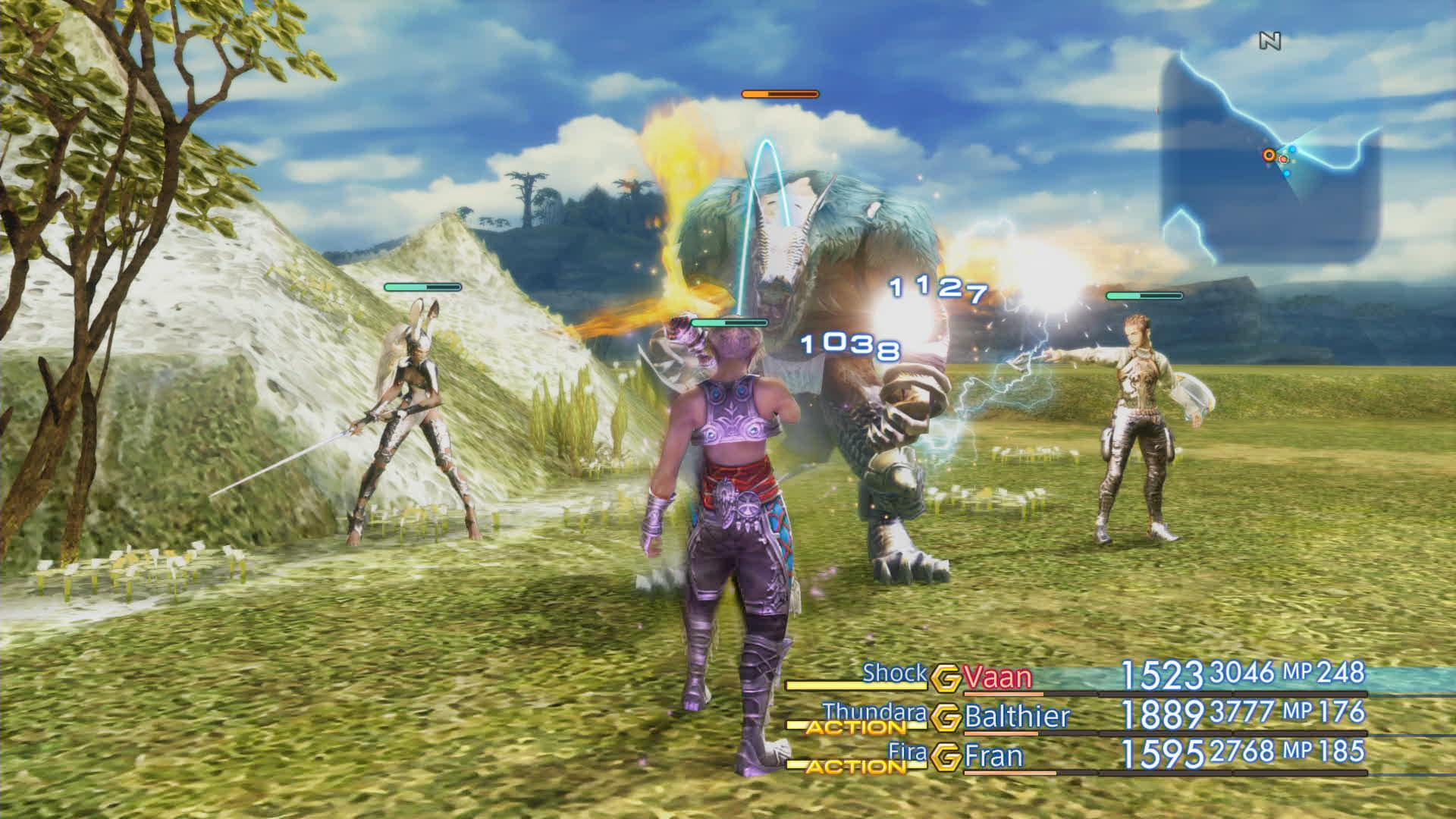 Now since this is a remastered version, let’s talk about the changes. I touched on a few earlier like the Job System and the Fast Forward button but that is not all. The game is also rebalanced. It is arguably easier but just because it is easier, it doesn’t mean the game is easy. I often had to rethink and reevaluate how my party’s gambit was set up because I had a problem with a particular encounter. There is a trial mode for those of you that think the game is too easy. Trial mode is a gauntlet of 100 encounters. Each one being more difficult than the last. It is a great way to test out and even learn about your party’s abilities.

Final Fantasy XII: The Zodiac Age was something I wanted for quite some time now and I am thankful that it came out. The base game is engaging and interesting enough without the changes but the changes they implemented were very much welcomed.

Final Fantasy XII The Zodiac Age - Review
Score Definition
When the issues of a game are rolled and stomped by its greatness, then it’s something to invest on if you have some spare.
Pros
Allows you to play Final Fantasy XII again
Balance changes makes the game more accessible
Fantasy World Feels Grounded
Cons
Graphics did not age well
Slow Combat
8.5
Great