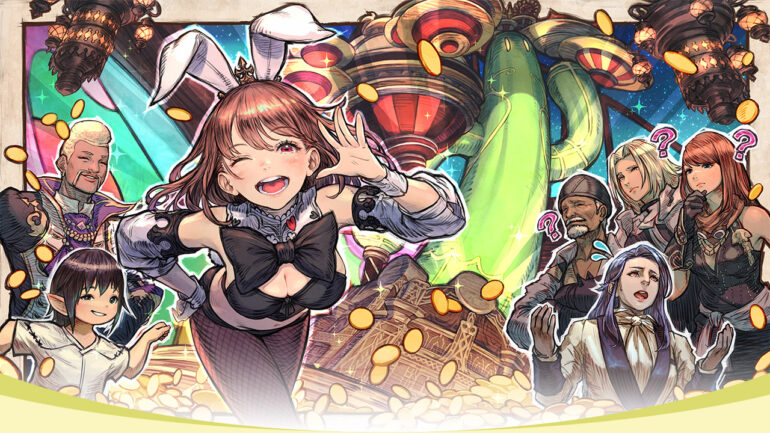 The Make It rain campaign is coming back to the Manderville Gold Saucer today. Starting now until November 20, all Manderville Gold Saucer Points or MGP rewards from the Gold Saucer have been increased by 50 percent and the campaign attendants will be offering a range of items at discounted prices. This will include furnishings that were awarded during the previous seasonal events. Also, tack down Nanaphon in Ul’dah and help him out to unlock the special Consider emote.

This year’s event will have an added spooktacular twist, as the Continental Circus will be sending a special representative to the Gold Saucer. The Genial Guiser NPC should be sought out by the players and accept their invitation to the Haunted Manor masquerade.

Players who are taking a break from their adventures in FFXIV Online are encouraged to come back as part of the latest Free Login Campaign. Starting today until November 23, eligible players can play for free for up to four days as long as they meet a certain criteria.

Having recently announced 20 million total registered players, there has never been a better time for newcomers to begin their adventures in the critically acclaimed FINAL FANTASY XIV Online saga. The recently expanded Free Trial now includes all content from A Realm Reborn and the Heavensward™ expansion (and updates through Patch 3.56), as well as an additional playable race (Au Ra), and three additional playable jobs (Dark Knight, Astrologian, and Machinist). Free Trial players can enjoy hundreds of hours of award-winning gameplay and story experiences equivalent to two full FINAL FANTASY titles, without limit on playtime.