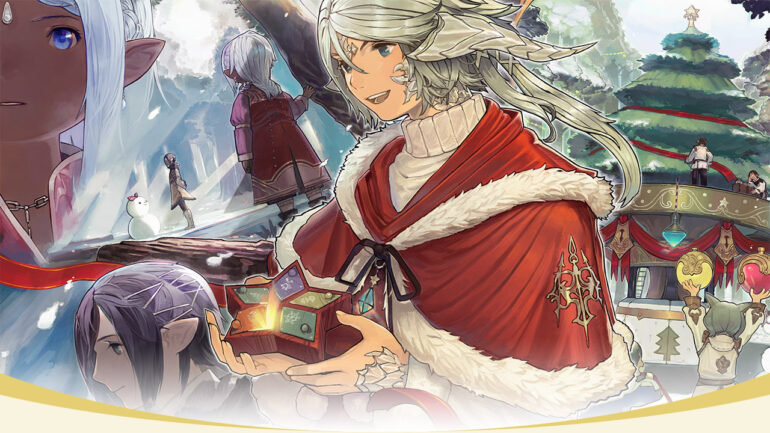 Starlight Celebration makes a comeback to Eorzea starting today. The annual festive spectacular will happen starting this day until December 31. With this year’s installment, there will be new quests, characters and rewards to collect, and that includes a very cool holiday mount.

The preparations for this year’s festivities are already happening. A rich young man who has less abundant Starlight spirit has been tasked to oversee the event, but his plans for the season appear to be anything but promising. Amh Garanjy now seeks help from anyone and everyone in the hopes to make a Starlight miracle possible.

Here are the rewards for joining the event:

Aside from that, today starts the launch of FFXIV Online Digital Holiday Card. Square Enix invites the community to share the season’s greetings from Eorzea with friends, family, and Free company members by making their own animated Digital Holiday Card. They can be downloaded and shared with those they can about to celebrate the season together. Check it out here.