The merchant is back in her younger form! 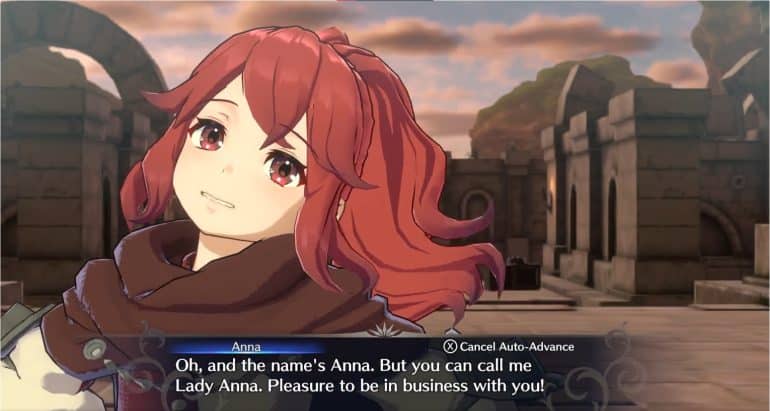 Fans of the popular tactical RPG series Fire Emblem would be familiar with this new character Anna. She has always been part of the games, even in the spin-offs. She is even a major character in the mobile game Fire Emblem Heroes. This time around, it is a different take for the red-haired money-hungry merchant.

In this iteration of Fire Emblem, Anna is a very young merchant who can wield an axe and fight with it against enemies. She travels around the world, visiting countries in search of expensive-looking treasures. In the teaser trailer, she meets up with the Divine Dragon which she thinks could boost her sales.

In the gameplay video, Anna is introduced as a character with an Axe Fighter class. She can swing her axe fiercely, but that would leave her open to counterattacks. Players are warned not to fight against sword-wielding enemies when controlling this particular warrior.