A Berserker changing her ways but still retains her wild side. 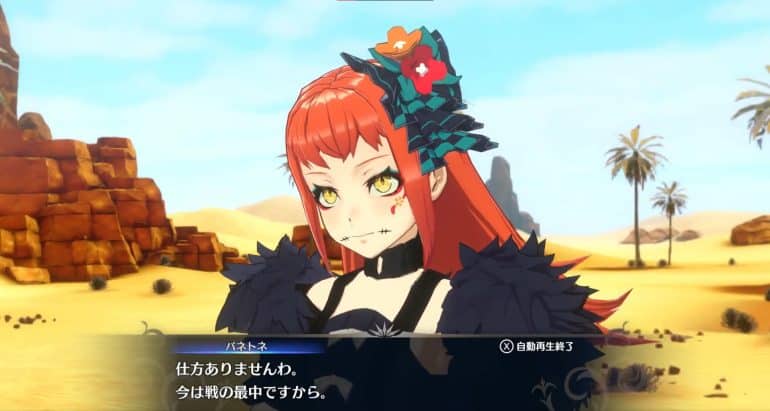 Fire Emblem Engage Panette is a royal warrior from the Kingdom of Solm. Crown Princess Timerra has her as a retainer. She seems to have a wild past but is trying to hide it right now by acting composed and using polite language.

Berserker is Panette’s starting class. Fans of RPG should know that Berserkers are powerful warriors that have a lot of offensive power but has a problem with the defensive side of things. In this game, they wildly swing their axes at enemies to deal a lot of damage. When in combat, Panette’s wild side comes out ever so slightly.

In another Twitter post, Timerra is seen talking with Panette and reminiscing about the past. She remembers their first meeting with the Berserker while riding wolves in the desert. The princess encountered her while the latter was tying a bandit to a tree and threatened to feed him to the wolves. She also remembered that she would talk in a rude and ruthless way, but Panette is now ashamed of it.

Yukina Shutou is the voice actress for Panette in the Japanese dub of the game.