All of the warriors under Dimitri, introduced. 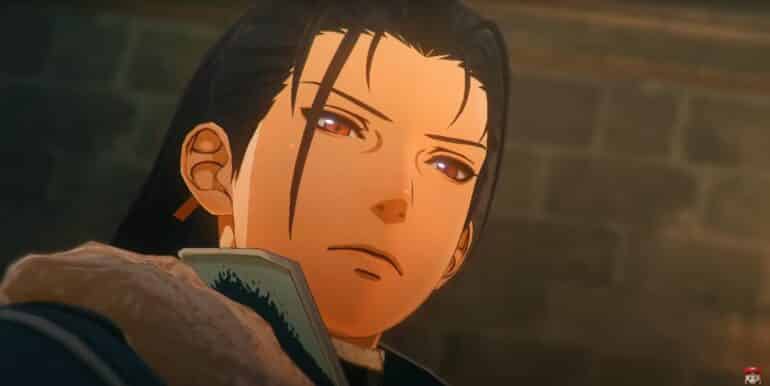 The newest trailer features Dimitri and the Holy Kingdom of Faerghus. It shows Shez’s classmates if he sides with this particular group. The first character to be introduced is Dimitri himself and his gameplay mechanics. He wields a halberd and can trample hundreds of soldiers at once.

The next character to be featured is Dimitri’s retainer Dedue. He wields a one handed axe and shield and can cause devastating damage on the battlefield, sending enemy soldiers flying. Mercedes is the third character to be introduced and uses offensive white magic. She casts pillars of light and various spells as well.

Ashe wields a bow and arrow in combat. He can fire various arrow attacks and can even attack in different directions all at once. He can also fire a group of arrows from afar and hit a crowd of enemies. Felix is the quiet swordsman in Fire Emblem Three Houses and he seems more talkative here. He can be quick with his sword attacks and also powerful. Annette is here as well and can use elemental magic. She can also use an axe, but only on a certain special move for some reason.

Sylvain is a knight here who wields a lance and rides on horseback. He can tunnel through thick crowds of enemies all at once. Ingrid also uses a lance but rides a Pegasus in battle. She cannot fly throughout the skies in the game though but can do flying attacks, but when traversing, her Pegasus will only run or walk.

Fire Emblem Warriors Three Hopes launches on June 24, 2022. It will be available exclusively on Nintendo Switch.