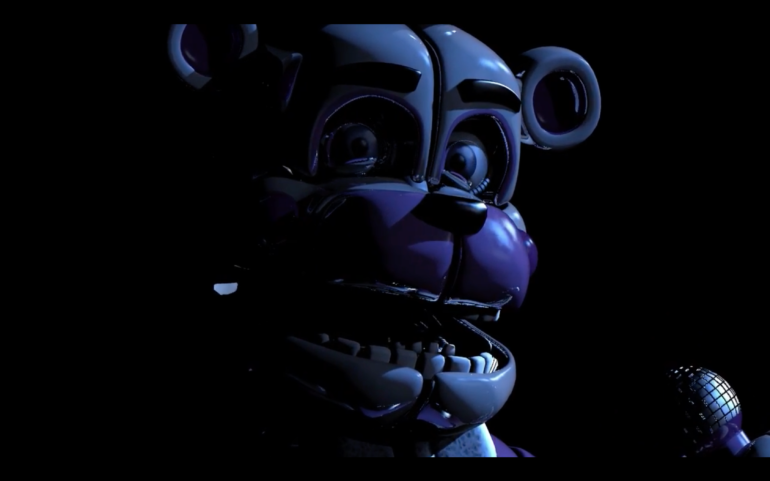 October is my favorite month of the year. The weather finally starts getting cooler, I’m not judged for my love of pumpkin spice, and it’s when all the spooky movies and games are normally set to release. Five Nights at Freddy’s: Sister Location was the first new horror game to grab my attention this October, so I decided to give it a go and see how it held up to its predecessors. After starting and finishing this game in the late evening hours of a Thursday night, my trousers remained unfilled and my innocence untarnished. I slept like a baby.

Let’s just give this game a bit of context before diving into the good, the bad, and the ugly. Five Nights at Freddy’s: Sister Location is the fifth installment in the Five Nights at Freddy’s series and takes place at Circus Baby’s Pizza World (I know, really rolls off the tongue, doesn’t it?) The player takes on the role of an underpaid and underappreciated late night technician, tasked with making sure all of the systems and animatronics are working in the facility. There’s some new animatronics, some “updated” animatronics from other games and even a secret animatronic which is yours to earn. 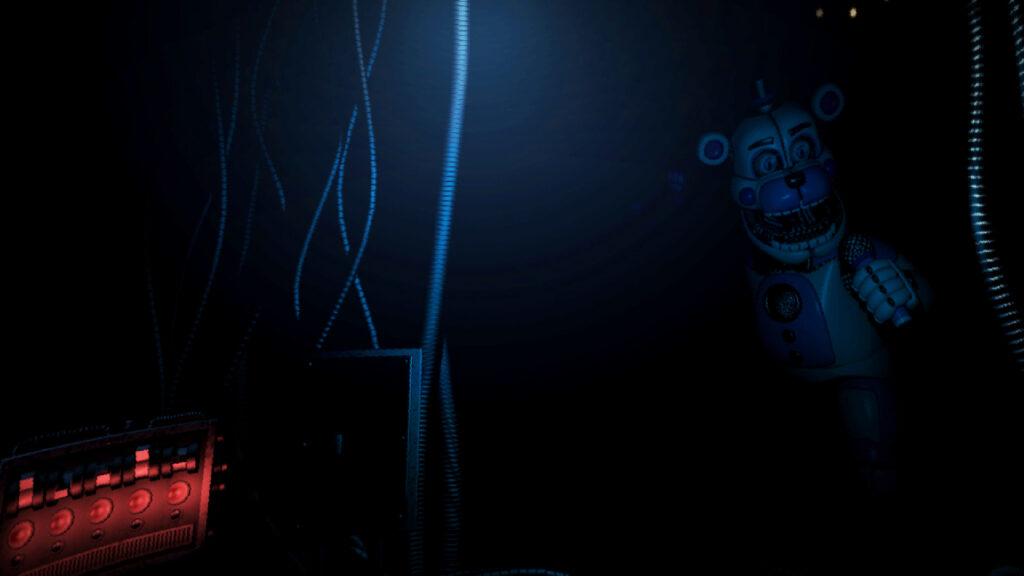 This particular FNAF game did have some interesting and even enjoyable new experiences. The voice of reason (which normally takes the form of a voicemail at the start of each night in the first 3 games) is now an automated system guiding you along your tasks from night to night. He’s also actually pretty funny. And a bit of an ass. You’re also given more movement in this game than in any of the others, sometimes requiring you to sneak past the animatronics instead of just praying they don’t find your safe little hiding place. For how short this game is, it also contains a lot of lore for the people that just really are dying to know more about what the hell’s going on with these merciless death machines.

While grinding through the nights, there was this overwhelming sense of nostalgia. This was not the good kind of nostalgia like when you smell cinnamon and think of grandma’s cookies, this was that utterly bored feeling of having played it all before. The game feels like it should have been titled “Five Night’s at Freddy’s: Greatest Hits” because while there is new lore for the diehards to explore, every single night consisted of elements that were almost identical to previous FNAF mechanics. Puzzles and obstacles became so tedious so quickly that any atmosphere of horror the game had quickly vanished and deaths became annoying, not frightening. I wasn’t afraid of the next room or what was in front of me, because there hasn’t been a new fear mechanic implemented to the game in… ever.

Five Nights at Freddy’s: Sister Location is perfect for the people who just can’t get enough of that juicy lore. For such a short game, it is packed with secrets and a great investment for the diehard FNAF fan at a list price of $7.99 USD at the time of this review on Steam. Not sure what Five Night’s at Freddy’s is? Don’t buy this game. Horror fan looking for something to rock your world this Halloween? Don’t buy this game. While this is far from the worst game I’ve ever played, I have also completed visual novels that had more gameplay. This game is for a specific person, and that person already know they want this game anyway. For you? I can’t recommend it.

This review is based off the purchased copy of the reviewer.