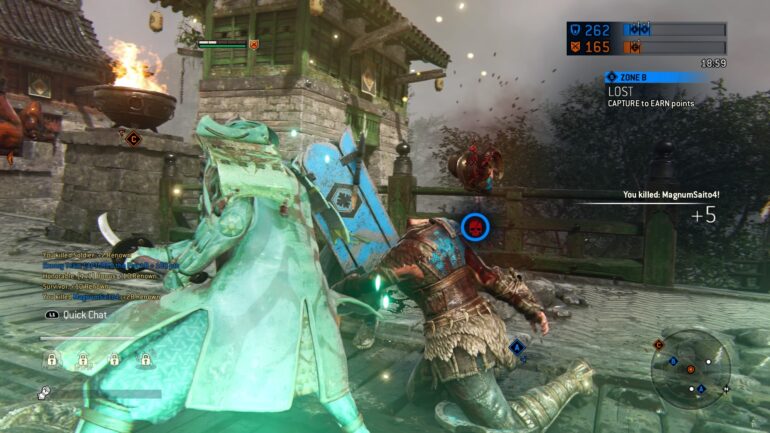 Today, Ubisoft® announced that For Honor® will offer a free weekend across all platforms starting August 10th. All players will have full access to the game’s content for the duration of the free weekend, including five intense multiplayer modes and a campaign playable solo or with a friend in online co-op, as well as the entire roster of diverse heroes and unique maps.

New players will be able to pre-load the game starting August 8th on PlayStation 4 and Uplay. In conjunction with this free weekend, there will be discounts on For Honor’s Standard and Gold Editions on all digital stores. Additionally, players who purchase For Honor during the free weekend will see all their progress carry over. For all details on the For Honor free weekend, please visit www.forhonorgame.com/freeweekend .

The free weekend will lead into the launch of “Grudge & Glory”, For Honor’s third season and biggest update to date. Season Three starts on August 15th across all platforms and will bring new heroes, new maps, ranked play and a wealth of gameplay updates. All maps, ranked play and gameplay updates will be free for all players at the start of the season. The new heroes, the proud Highlander and the fearless Gladiator, will be available free for Season Pass holders on August 15th, while all other players will be able to unlock them in-game on August 22ndfor 15,000 Steel.

This weekend will also see the finals of the For Honor Hero Series, the first international For Honor tournament organised in partnership with ESL®.  Fans and newcomers looking to get a glimpse at top-tier competitive play can tune into the ‘For Honor Season 3 Live Event: Grudge & Glory Reveal’ on twitch.tv/forhonorgame on August 12th starting at 7PM BST, where the best international players will compete in a fierce 1v1 Duel tournament. Viewers will also have their first chance to witness exclusive live gameplay of the new Heroes and maps coming in Season 3.

Developed by Ubisoft Montreal in collaboration with other Ubisoft studios,* For Honor offers an engaging campaign and thrilling multiplayer modes. Players embody warriors of the three Great Factions – the bold Knights, the brutal Vikings and the deadly Samurai – fighting to the death on intense and believable melee battlefields. The Art of Battle, the game’s innovative combat system that puts players in total control of their warriors, allows them to utilise the unique skills and combat style of each hero to vanquish all enemies who stand in their way. For Honor will continue to grow and improve with a new season launching in November alongside plans to introduce dedicated servers further down the development schedule.