For Honor Initially Had ‘Cavalry Charge’ In Early Development; Originally Pitched As ‘Fight Club with Swords’ 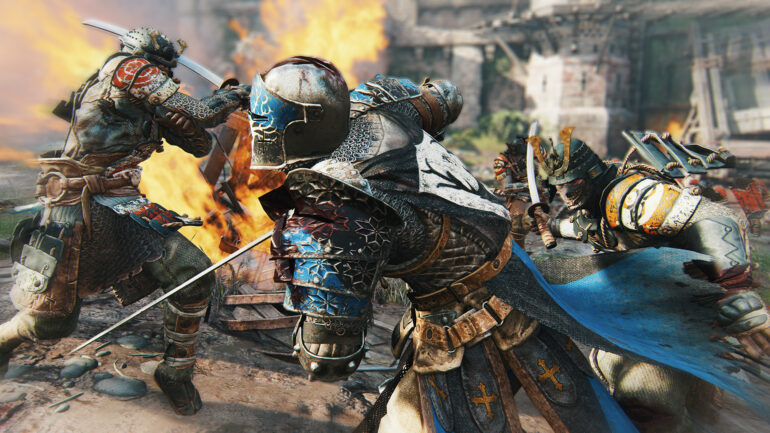 Ubisoft’s Knights, Vikings, and Samurais hack and slash fighting rumble title, For Honor, is still hammering those weapons today. Albeit its server issues in the past and optimization issues on PC, the upcoming dedicated servers to address those connectivity issues, and as well as 2 new heroes and class every after season are just rolling in.

Although there are no new modes coming yet, For Honor initially had an interesting game mode that was apparently removed. According to the Creative Director Roman Campos Oriola in an interview with The Sixth Axis, ‘Cavalry Charge’ was supposed to be the core of For Honor but they decided to kill the horses in the end.

“Cavalry charge! It was something that was core to the fantasy we had in mind at the beginning of the project. It was even present in one of the early in-engine videos we created to pitch the project internally. Like always during the development process, you need to make choices about what you want to include in the final game and so we killed the horses.“[/alert]

Oriola also shared that the inclusion of Vikings, Knights, and Samurai started when they began to think about the weapons and the factions as the original planned for For Honor was supposed to be a ‘Fight club with weapons’.

“The original pitch was pretty much “Fight Club with swords”. It then evolved to the scale of a battle. And it was when we started to think about the weapons, the variety, etc., that we really began to think about the idea of factions. But the game is about the warriors, the Heroes, and the fighting!“[/alert]

Cavalry Charge would have been a nice add-on, but we hope to see that in the future updates for For Honor soon.

For Honor is already available on PC, PS4, and Xbox One.