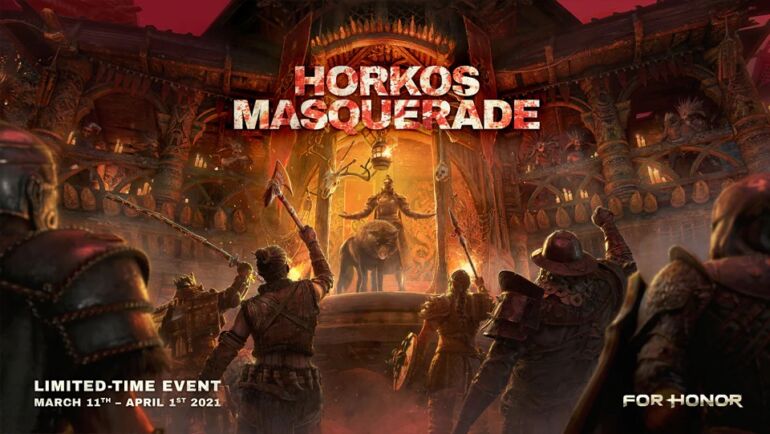 Ubisoft has officially announced the start of Year 5 Season 1 Asunder of video game For Honor.

This will be For Honor’s fifth year and Season 1 will be called Asunder. It will start on March 11, which begins the war between the Order of Horkos against the Chimera Alliance. Players will be able to get access to new armor variations, weapons, events, battle pass and more.

Here’s the story so far via the official website:

After the Battle of the Eclipse, the Chimera Alliance and Order of Horkos fought relentlessly for years. As Heathmoor’s population declined, people everywhere began to make ‘Covenants’, secret pacts to share intel and resources, with either Horkos or Chimera warriors. Covenants could be used to gain allies outside their faction, while rooting out the evil among their own. Sealing a Covenant was also a symbolic way to make a statement about the future. Would someone embrace the warmongering views of the Horkos, following strict codes and rituals to keep the strongest in their rightful place? Or would they rather fight for Chimera’s ideals of solidarity and peace?

There will be a limited-time event called the Horkos Masquerade where players will be pitted against each other in a battle. Only the survivors will be the one to be accepted in the Order. It will start on March 11 and will end by April 1. They will join the special Horkos themed game mode called Carousel of Horkos and earn exclusive Weapons.

Carousel of Horkos is a 4v4 game mode. Two teams will be competing until all the members of the same team area defeated at the same time. This will be a single pick match with no Revive, no Feats, and no Gear Perks. There is also a buffed up Neutral Bot know as The Horkos Challenger that will attempt to defeat players. Defeating him will earn its modifier, bring more chaos to the game.

In this event all warriors will get access to the free Event Pass that allows them to earn a lot of rewards like new Battle Outfit, a Mood Effect, and an Ornament. Expect 28 new event specific weapons to loot.

In Asunder, players will be getting the new Paired Emotes. The first one to arrive will be the Chest Bump and will be available in the Y5S1 Battle Pass.

The Warden got updated in this season. More tweaks and balances coming to this class. Aside from that, this season will bring new customization. Check out new armor variations, weapons, and more.

The Battle Pass will offer 100 Tiers of rewards available for all heroes. The faction war rewards have been updated as well.

For Honor is now available on PC, PlayStation 4, PS5, Xbox One, and Xbox Series X/S.