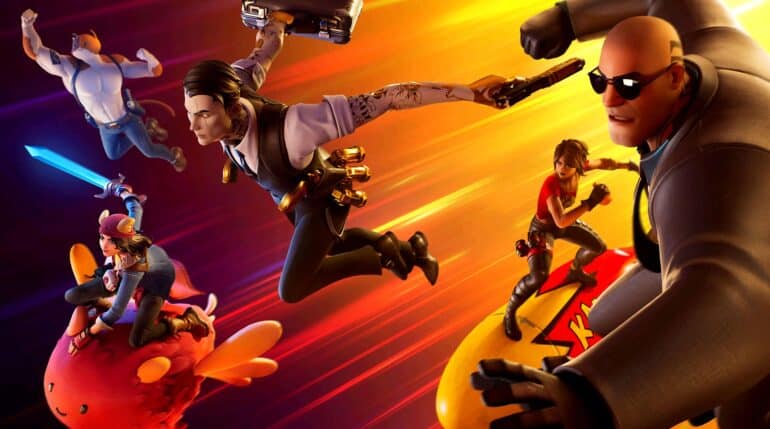 Fortnite Chapter 3 Season 3 is just around the corner and some leaks are already getting appearing online.

Chapter 3 Season 2 focused more on the war between the Imagined Order and the Seven and the prize was gaining control of the island and the Zero Point. While that event is still ongoing, leaks of the next season have already been showing up online.

According to many Fortnite sleuths, just basing on the current Battle Pass, Fortnite Chapter 3 Season 3 is expected to start on June 4, 2022. While this might be kind of obvious already due to the Battle Pass, this is still just speculation so it is not yet confirmed.

Tilted Towers Gets Changes Next Season

The blimp will be crashing into Loot Lake according to the leaker. The crash site is believed to be between the underwater shipping containers and the Drill. It is speculated that the lake water might empty up since when someone views the water, there are chests under the water. This could be the mechanic to finally empty the lake water and everyone gets the loot.

Another leaker suggests that there will be an upcoming landmark with a code name DDMachine. This stands for, obviously, Doomsday machine. It will most likely be in the middle of Loot Lake and it is speculated to appear on the next update.

There is also going to be a live event mission, but there are still no details of what this event will be and when it is happening. But it is going to be related to the DDMachine.

With how Doctor Strange was introduced in the current Battle Pass, it is expected that the new Battle Pass offers a better reward. According to a leaker, the big reward will be Indiana Jones and set to arrive in Fortnite Chapter 3 Season 3. The leak did not specify if it is going to be an exclusive item for Battle Pass, but Epic Games usually likes to add licensed characters there so it is highly likely to happen.

Another rumor revealed that the next collaboration that will happen during Chapter 3 Season 3 is the most popular Sith Lord of the all: Darth Vader. He is also supposed to be a boss on the island.