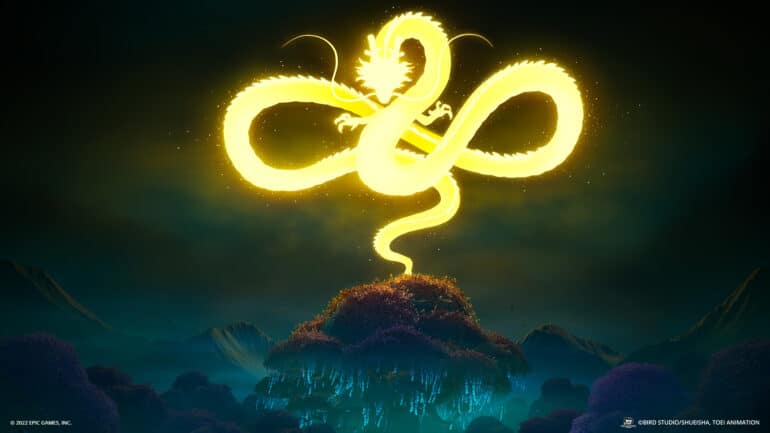 A new post on the official Twitter account was recently revealed and it contained an interesting image. It clearly features the powerful and mystical wishing dragon Shenron coming out from the Reality Tree in the middle of somewhere in Fortnite. The caption states “Speak. Name your wish… 8.16.2022” It just makes it clear that Dragon Ball content will be coming to the game soon.

It has been confirmed that Dragon Ball skins will be appearing in the game on August 16, 2022. No other details were shared by the tweet, but if leaks were to be believed, characters from the popular anime will be added like Son Goku, Vegeta, Piccolo, and more. Rumors say that Dragon Ball Super character, god of destruction, Beerus, is joining as well.

Some rumors say that the dragon balls will become a mechanic too. If so, players will have to collect these items all around the Island. Completing all seven could give a wish they can use.

More details should be appearing in the next few days.