Complete the quests and unlock his legendary skin. 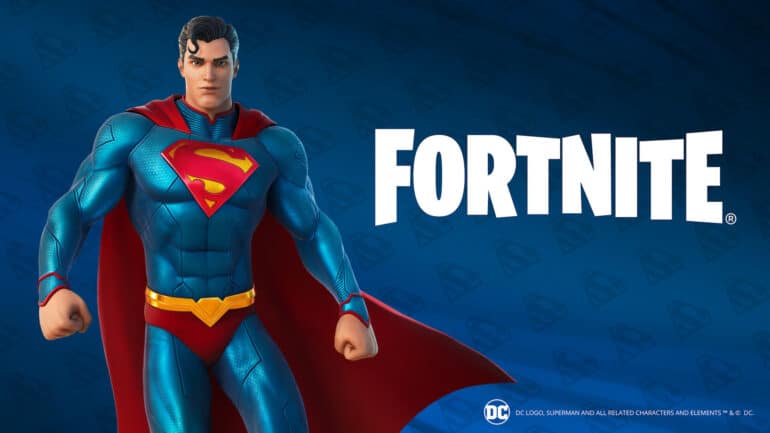 Game company Epic Games has recently announced that DC’s Superman will be coming to popular video game Fortnite with some new special quests.

Begin helping to see what happened to Clark Kent’s memories. Unlocks the Call to Action Emoticon.

Clark Kent digs deep to illuminate his past. Unlocks the Superman Shield Spray.

GLIDE THROUGH 3 RINGS AS CLARK KENT

His powers begin to return. Unlocks the Daily Planet Back Bling.

USE A PHONE BOOTH AS CLARK KENT

His powers are back, thanks to your help. Go to a Phone Booth to suit up!

The whole line of quests will unlock the built-in Secret Identity Emote, which makes Clark Kent transform into Superman and vice versa. Players can actually suit up as Superman in their locker if they want to. The Superman Cape Back Bling is also unlocked.

Completing certain amounts of Chapter 2 Season 7 Epic quests will unlock more Superman rewards. There are new items including the Shadow alt style for Clark Kent, Superman and the Set’s accessories.

In order, the Superman rewards unlocked this way are:

Playing as Shadow Clark Kent will make him transform into Shadow Superman with the Secret Identity Emote.