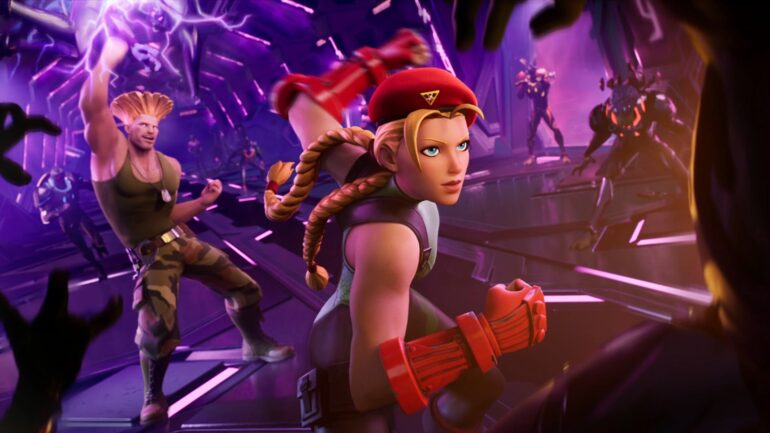 Update: A new leak revealed that the two Street Fighter II characters that will be added to Fortnite are actually Cammy and Guile. Here are some images of them via Wario64:

The new image was posted recently on the official Twitter account of the game. It showed an arcade cabinet screen with the old school roster of Street Fighter II. Instead of an airplane that goes flying around to the next destination, it is the Fortnite bus that is flying around and going to USSR. It then has a caption “Here comes two new challengers!”.

Previous SFII characters added to the game were Ryu and Chun-Li.

Whoever that is, it is clear that the two next new characters that will be added to Fortnite will be from Street Fighter II. The game is now available on PlayStation 4, PS5, Xbox One, Xbox Series X/S, Android, Nintendo Switch, and PC.