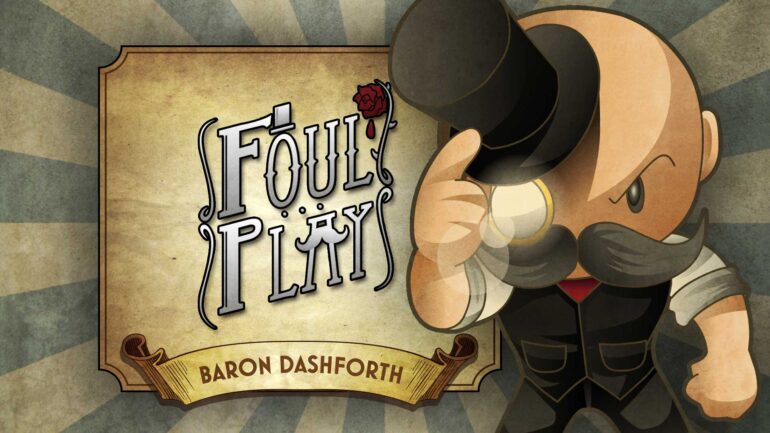 Titles play a big part in attracting an audience to check out their content, be it a movie, a product, or in this aspect, a game. This curious piece has drawn my attention because of such. The term Foul Play is used figuratively to describe an unfair or treacherous action, especially involving “violence” — which accurately matches the game’s description as an action-adventure side scrolling co-op brawler.

In this game you encore on stage as the daemon-hunter Baron Sebastian Dashforth. The character looks a lot like Rich Uncle Pennybags of the board game Monopoly. The game setting happens in a theatrical stage where the protagonist recollects his adventures of hunting daemons 20 years ago. Daemons, in my understanding, are insidious creatures that were once human but were possessed or cursed, hence the term. 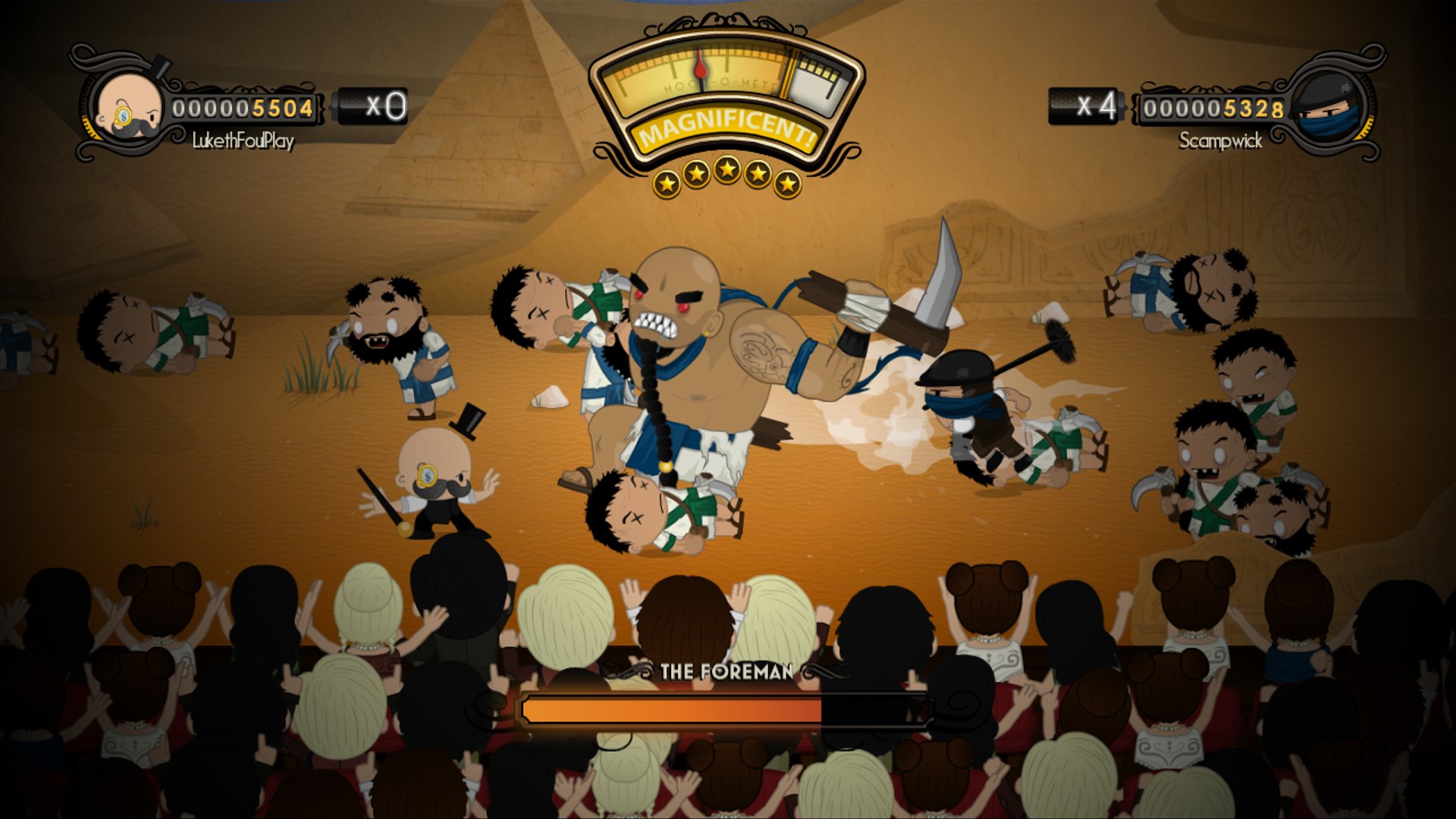 This 2D side scrolling beat-em-up game has a co-op mode. If you have a friend to join, he will play as the sidekick Mr. Scampwick. The game’s dialogue is funny and witty, which reminded me of Sherlock Holmes and Watson. However, the dialogues are in text, you have to read the manuscript to understand the story of the game. The lack of voice acting is an anti-climax because the hype you get out of pummeling and button smashing dies down when you are interrupted with some text you have to read before you can actually proceed.

What makes this game unique is the grand spectacle of a theatrical stage. However, like most brawler games, as the game progresses, repetitive acts become an issue. The game does not have an upgrade system that encourages or rewards repeat play. The game only has unlockable moves, stage specific challenges and on curtain call, a chance to perform combos, takedowns and reversals within a time limit. The character’s life also depends on how well you can satisfy and keep the audience happy, much like Guitar Hero – but in this game there is a mood-o-meter as an indicator, in place of the traditional health bar. 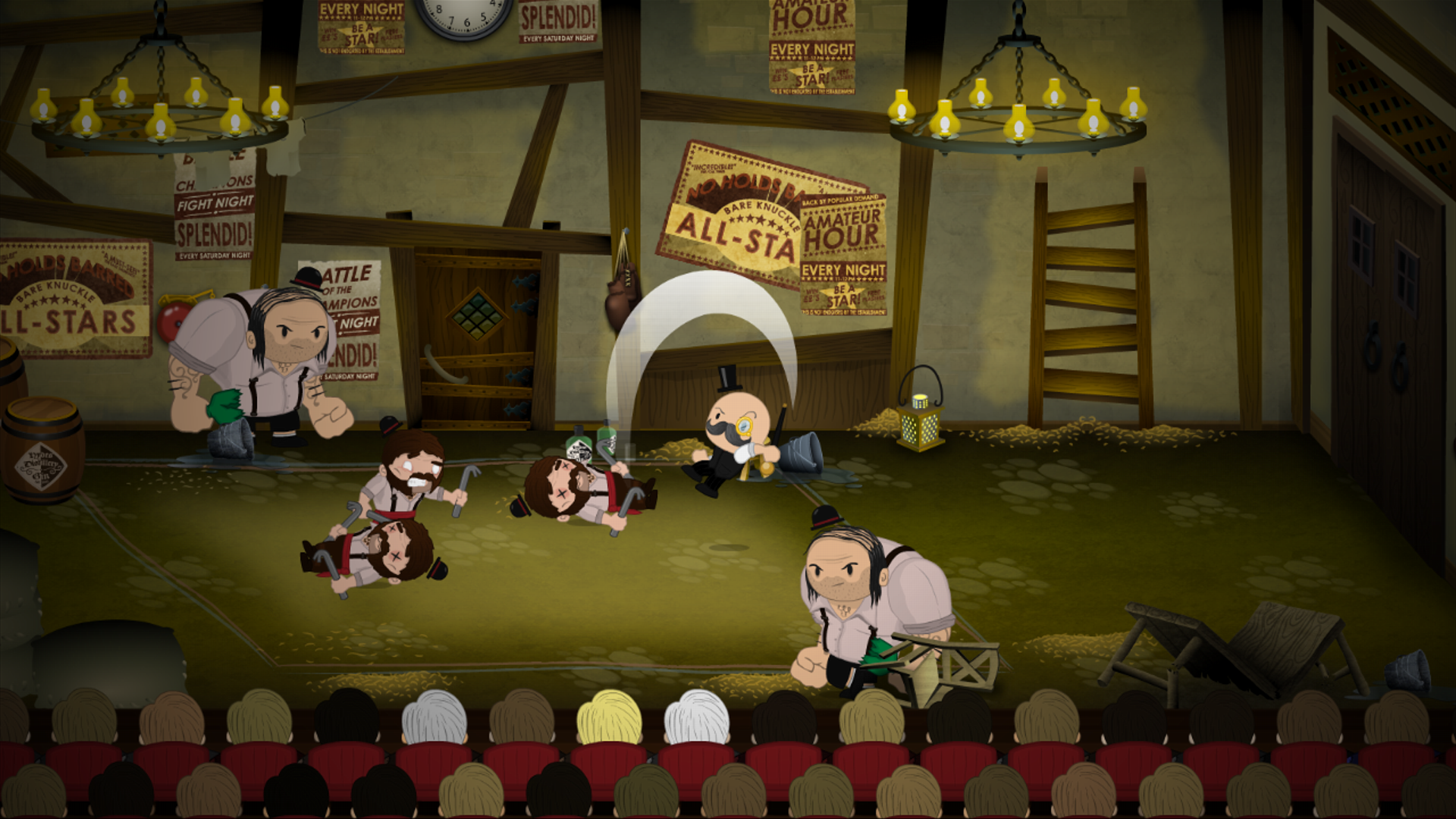 The game has difficulty levels, but with my experience in playing the game, even the easiest mode as an understudy, can come off as very challenging or difficult. It takes great timing and excellent button combinations to keep that combo flowing to guarantee a standing ovation.

There were a few glitches that I’ve encountered, but only when playing the co-op mode. An example was returning to the main scene without an option to start the game, and in another instance was when I was unable to switch from co-op to single player without completely restarting the game.

Overall, Foul Play is fun and entertaining especially when playing the co-op mode but it is not the engaging type where you would want to sit down for continuous play. If it were not for the story and graphics, the game would be linear, especially that the game’s genre is not suitable for everyone’s preference in gaming. Not worth a standing ovation, but not bad enough for a curtain call.

This review is based off on a review copy provided by Devolver Digital.