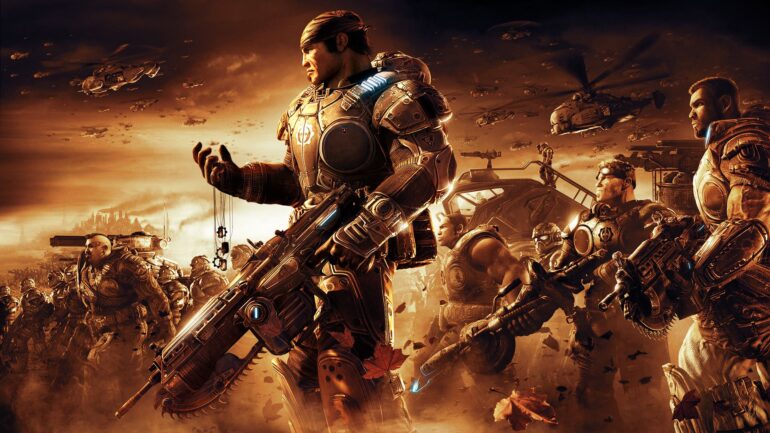 The great thing about the Xbox One is the ability to play great old exclusives of its last generation. Gears of War 2 is already an 8 year-old game. Developed by Epic Games (before Microsoft bought the rights of Gears), it’s the best one in the franchise.

If you’ve missed this and started with Gears 4, then I highly suggest you have to pick this game up from any video-game stores or just buy it over the Xbox Store. 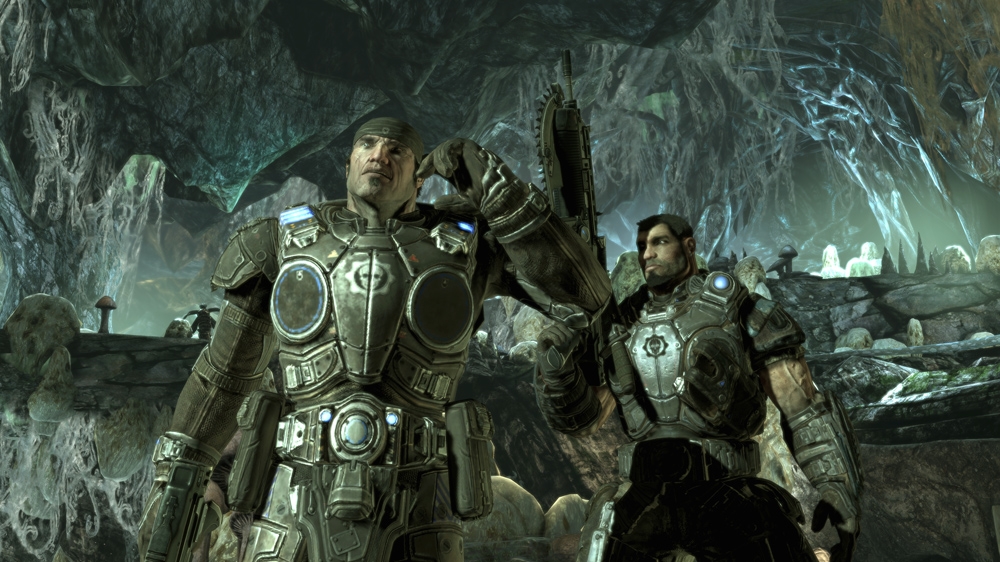 Diving directly into the game, it’s a continuation of the Locust war in Sera, and that you (as Marcus Fenix) and your band of brothers needs to fight your way through the depths of Locust territory to end the horrific war. This time, the narrative gives it more of a personal touch – especially with the members of Delta Squad.

The story is easy to pick-up for a lot of newcomers in the world of Gears. Locusts emerges from the underworld, wreak havoc in the cities of Sera, find the Locust stronghold, flood it, then the war ends. It’s not like rocket science, if you think it’s quite a burden to play all of the Gears, then look the story up in Wikipedia. But playing all of them gives you the whole experience and the feels than reading the synopsis.

But what makes each entry interesting even if it’s linear is the way how Epic Games adds the twists in the story. The unexplained revelations are then answered in Gears 3 which makes some of the things clear, and that the Locusts weren’t really that bad. Yes. They might look vicious monsters, but you’ll fully understand the whole struggles of the Locusts in Gears 3. 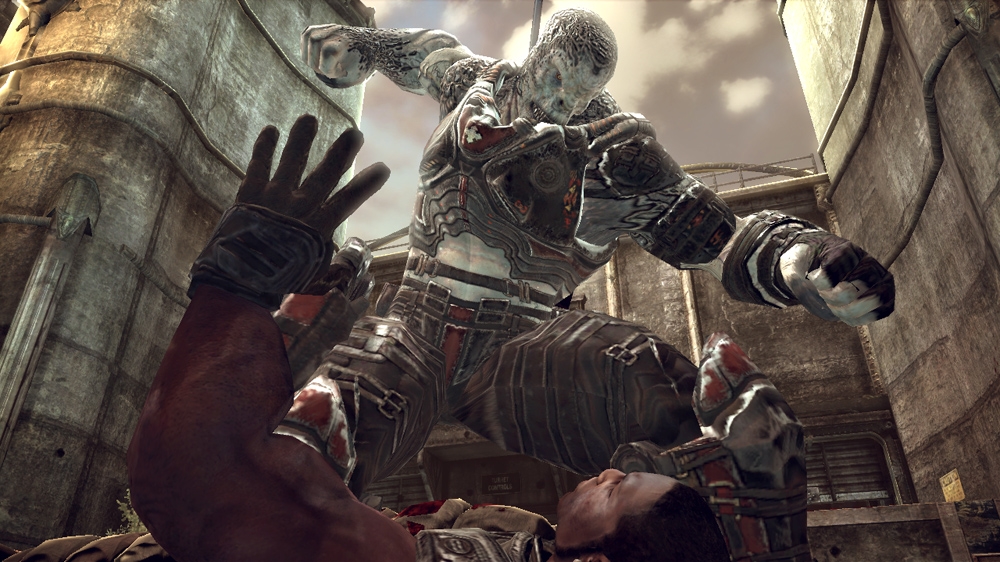 What’s fun about Gears 2 aside from its nice linear story is the gameplay. Epic Games perfected the cover-system which other third-person action shooters followed. Every battle you get in the game never gets old, you’ll be able to cut your enemies in half with your Lancer, and the best thing about it is the gore. It’s a gore-fest shooter that never fails to give you that gratifying success of cutting and blowing their guts out.

The level design, however, can already give you a glimpse of what’s going to happen. There are strategic covers placed all over the environment that can give you a hint that there’s a battle coming in any second. Wide open areas can also give you an idea that a boss fight is impending. Aside from the level design being conspicuous, there are pathways that surprises you, and each area you traverse feels unique. However, that final boss fight against a Lambent Brumak felt easy and lackluster, and short.

The battles can sometimes feel repetitive because of its “kill-all-enemies” style before proceeding, then you’ll get another “kill-all” style in the next area. Even if it’s how the game is designed for each level, you’ll never get full of the action that’s in store for you. 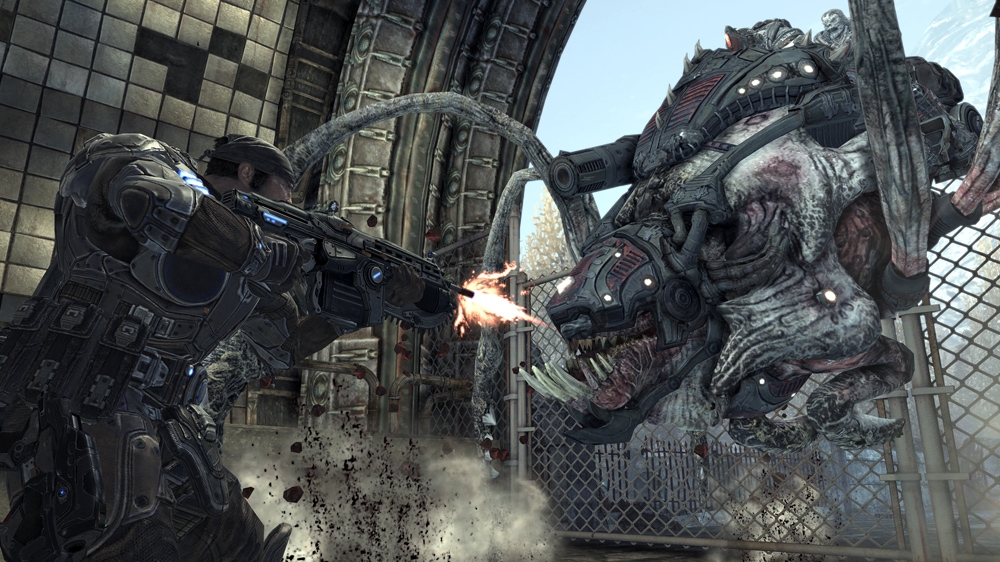 The controls are smoothly polished, and that you’ll never get any problems with it. Panning the right analog stick and pressing the right trigger are very well responsive which I didn’t have any struggles killing Locust grubs. However, I can’t help but say that your companion A.I will be a pain in the butt. There are times when Dom just gets stuck in a place and just doesn’t help you at all – even revive you if you’re just a few meters away. It’s painful to experience the number of times you get the Game Over screen because your companion A.I wasn’t smart enough to give you a hand.

Gears 2 still looks fairly great even if it was launched in 2008. It runs on 720p upscaled to 1080p with a 30 frames per second cap. The game also runs on Unreal Engine 3 – Epic Games’ popular game engine — and it has its fair share of graphical bugs. There are some flickering shadows in smaller gaps in buildings. It’s not all that horrible, but if you can’t help noticing the graphical hiccups, then it gets to you.

It never fails to amaze me how old games still give a big impact on me. When I play a game, and when it hits me to a point where I’m just bored, I tend to switch to another game and just forget about it. But Gears of War 2 was different. I kept coming back until I finished it, then it made me look for Gears 3 – which I just did a few days ago and finished it yesterday in co-op mode with my girlfriend. If you’re deciding to pick up an Xbox One, and you haven’t played any Gears yet, then I suggest you grab this one and Gears 3 (except Gears 1 since there’s already an Ultimate Edition out on Xbox One) to fully complete you experience.