This new leak seems convincing with so much details. 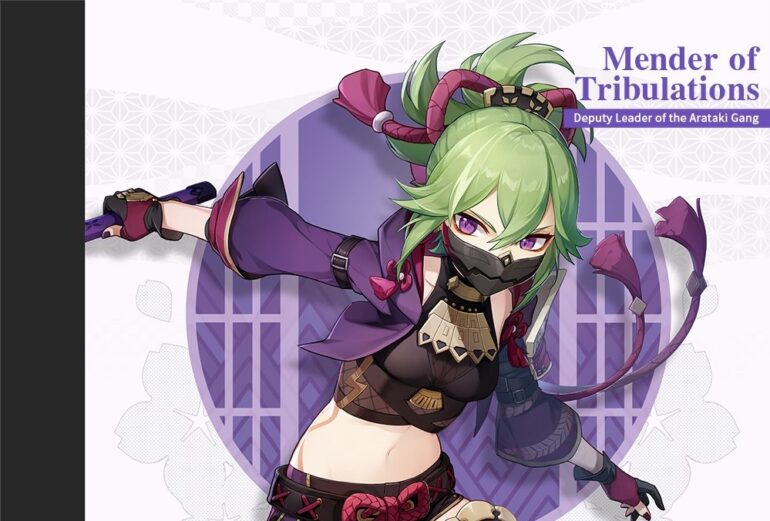 Upcoming updates always have their own beta phase and someone has already leaked details of one of the new characters, the 4-star Electro support character Kuki Shinobu. According to leaker Dimbreath, the Electro ninja girl has an elemental skill called the Sanctifying Ring. This allows her to create a Grass Ring of Sanctification, but there is a cost: losing some of her health. It then deals Electro damage on nearby opponents. It will have an effect on an active character to deal Electro damage on enemies and then restore HP based on Kuki’s max HP.

Kuki’s elemental burst is called Goei Narukami Rite, which allows her to stab “an evil-excoriating blade” into the ground and create a barrier that deals Electro damage that goes near them. This also costs Kuki’s health bar as well and it will deal bigger damage if her health is below half.

The leak suggests that her skills are dependent on her health bar. This could mean players will have to find ways to compensate for that HP sacrifice and that could mean via the help of artifacts.

Hoyoverse has not officially confirmed this leak as of the moment, but the skills are just too detailed to not be true. There could be changes in the future though.