Big bro is a Hydro user! 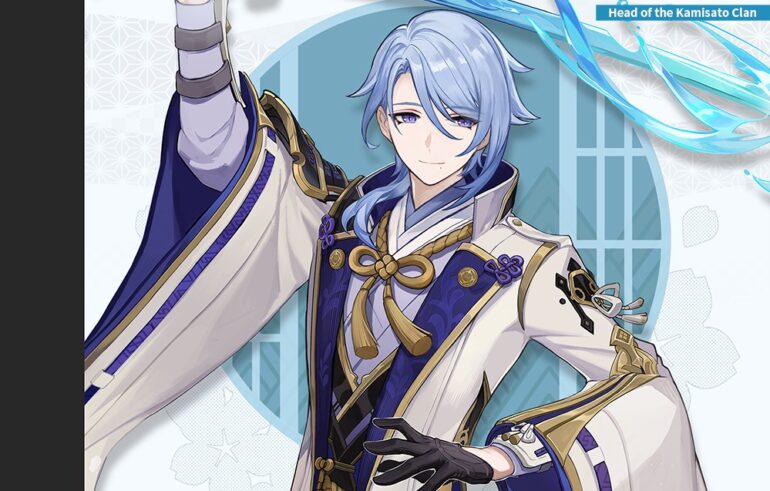 Ayato Kamisato, the older brother of Ayaka Kamisato is going to appear in Genshin Impact at a later time, but no official release date was revealed. Unlike Ayaka, Ayato is a Hydro character, but he does wield a sword as well. He is the leader of the Kamisato Clan.

The official Japanese voice actor for Ayato is Akira Ishida who is known for his previous works like Gaara from Naruto and Kuja from Dissidia Final Fantasy. Unlike the previous leaked images that claimed it was his look when he gets revealed, the final version is quite different. He has medium-length light blue hair, has a gentle disposition, and has a uniform dominant of white but highlighted with strong blue colors and gold.

In other news, the latest special program revealed players will be able to explore the mysterious region The Chasm at a later version, update 2.6. There was a sneak peak of what the area should look like, but it was not that much except for the Ruin Serpent, which could be quite formidable in a fight.

The Chasm is a large area where the residents of Liyue extract raw material for their signature porcelain. It was also revealed it was the crash site of a massive celestial body.