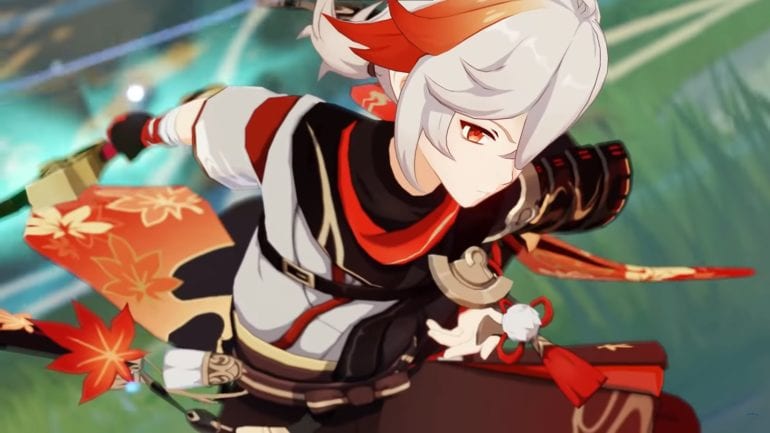 The newest character demo features the different moves that Kazuha can execute in the game with his Katana blessed with wind elements. The video starts with him meditating in the middle of the lake and constructing a new haiku only to be interrupted by an arrow barely touching him.

Kazuha also seems to have a connection with the beautiful pirate lady Beidou. He is seen with her on a bridge and perfectly dispatching the guys who are waiting to ambush the both of them.

The next video should be about explaining the different movesets and special abilities that Kazuha offers in the game.