Be overwhelmed by the great saleswoman Dori! 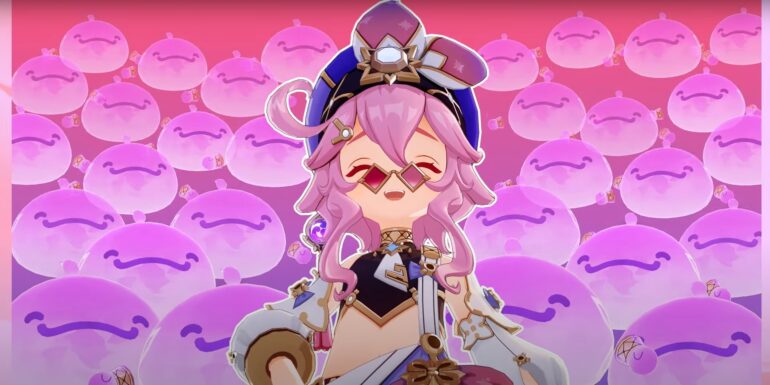 A new Character Demo video has been released and it will feature the four-star character Dori. She is an Electro user who is a popular merchant in Sumeru. In the video, she is shown to be the owner of Dori’s Divine Bazaar and has all of the right merchandise for her customers. She is so crazy about Mora that she would do anything for it even if it puts the Academya in danger.

Dori is known to be powerful in combat as well with a specialization in healing and creating Energy Particles. She battles with her magical lamp, using it for skills like the Spirit-Warding Lamp Troubleshooter Cannon. This dishes out Electro damage on enemies if they get hit. She uses a club or a claymore in battle and sometimes goes crazy on enemies that they get scared of her. The video is even crazier as she overwhelms an opponent with her skills.

And funnily enough, Dori is only a four star character.