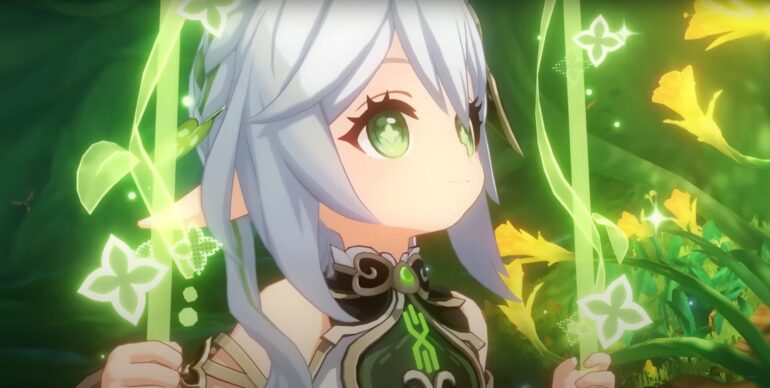 The character trailer for Nahida was quite dark and had so many emotions invested in it, but this character demo is the opposite. It showed her ability to fly through the air on manta rays, and the rest of her kit was revealed too. She will be available to wish for in her banner this coming November 2, 2022 when Genshin Impact version 3.2 arrives.

The character demo is quite playful showcasing various abilities of Nahida all throughout. Her Elemental Skill can deal AoE Dendro damage and can link up to eight enemies as long as they are within her sights. Hold down the skill to target specific enemies nearby. The Shrine of Maya will be created with her Elemental Burst that buffs her abilities and her party members.