Know all about Raiden Shogun aka Raiden Ei. 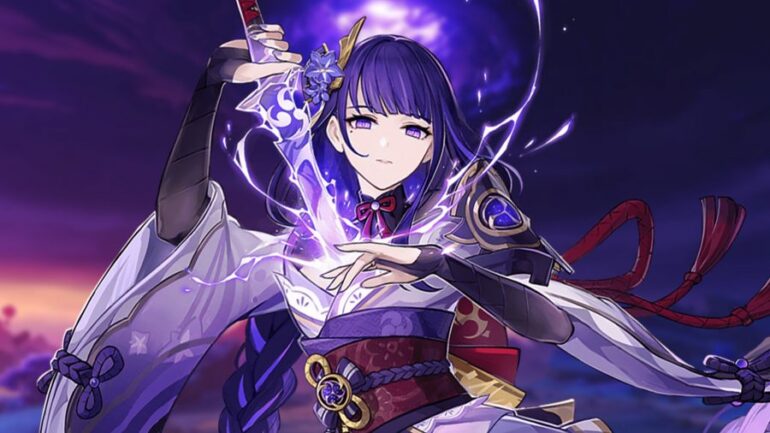 Update version 2.1 has added new characters into the popular online video game Genshin Impact and one of those is the newest and most popular character right now, Raiden Shogun Baal.

The Raiden Shogun Baal is a playable Electro character who is currently the vessel of Beelzebul, the Electro Archon of Inazuma. Her real name is Raiden Ei and also the twin sister of the previous Electro Archon of Inazuma, Raiden Makoto, who is also the vessel of Baal. Makoto was one of the casualties in the cataclysm that happened 500 years ago, which is why Ei is now the one assuming the role of Raiden Shogun Baal.

How to Get Raiden Shogun Baal

Raiden Shogun Baal is currently available in the Event Wishes “Reign of Serenity”. She currently has a huge drop-rate boost and is also the highest-paid character to date. She got released on September 1, 2021, and will end by September 21, 2021. She is also has a rarity of 5 stars.

The Raiden Shogun has the highest rating overall with her best point as a support for the party. She is quite great against bosses and mobs, but she has a low score with exploration. She offers high active and passive Electro damage, has a high Energy Recharge rate, increases the team’s Elemental Burst damage, and can regenerate Energy for the Team. Her weakness is that she can cook any kind of food and her skills will not work well against a certain character with the Electro element.

The Raiden Shogun unveils a shard of her Euthymia, dealing Electro DMG to nearby opponents, and granting nearby party members the Eye of Stormy Judgment.

Eye of Stormy Judgement
When characters with this buff attack deal DMG to opponents, the Eye will unleash a coordinated attack, dealing AoE Electro DMG at the opponent’s position.

Musou Isshin
While in this state, the Raiden Shogun’s Normal, Charged, and Plunging ATKs are infused with Electro, which cannot be overridden. When her attacks hit opponents, she regenerates Energy for nearby party members. Energy can be restored this way once every 1s, and this effect can be triggered 5 times throughout the skill’s duration.

The Resolve gained by Chakra Desiderata will be cleared 300s after the Raiden Shogun leaves the field.

When nearby party members gain Elemental Orbs or Particles, Chakra Desiderata gains 2 Resolve Stacks.
This effect can occur once every 3s.

Each 1% above 100% Energy Recharge that the Raiden Shogun possesses grants her:

Mora expended when ascending Swords and Polearms is decreased by 50%.

Players who already have Raiden Shogun Baal have posted on a SubReddit to have a team with Baal, Xiangling, Xingqiu, and Bennet. According to user oXevo, this particular group of characters will create a lot of elemental reactions while Baal can regenerate a lot of energy due to her Burst ability. Xiangling and Xingqiu have a burst cost of 80 and these Bursts can create a lot of elemental reactions and then Bennet offers a Pyro resonance. He also has Burst support capabilities.