The ones from the leaks are now official. 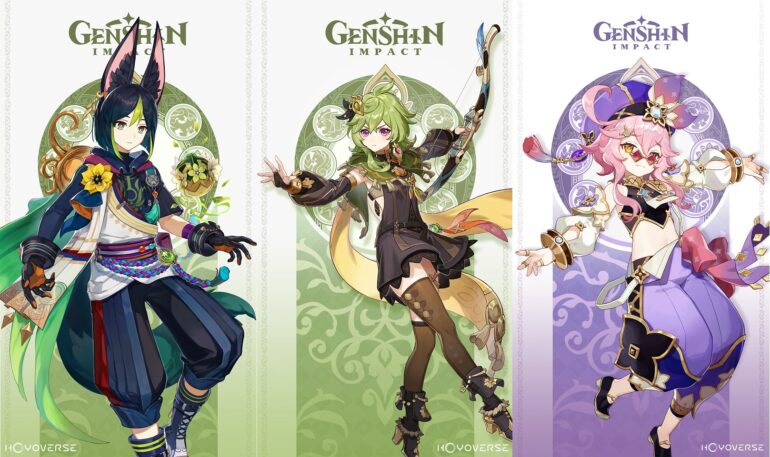 HoyoVerse has finally made the new Genshin Impact Sumeru and Dendro characters.

Tighnari is described on the latest Twitter post as a character with fox ears and a “Verdant Strider”. He is the Avidya Forest Watcher and has a constellation of Vulpes Zerda. He is rather well-clothed and has flowers for accessories. He also seems to be a Catalyst user as it seems a spherical weapon with flowers is floating in front of him. He also has Dendro element.

Collei is the second Dendro character to be revealed on Twitter. She is described as the “Sprout of Rebirth” and an Avidya Forest Ranger Trainee. Her constellation is Leptailurus Cervarius and uses a bow as a weapon.

The third character is Dori, a Sumeru merchant and described as a “Treasure of Dream Garden”. Her constellation is Magicae Lucerna. She is an Electro character, but her teaser image does not show a weapon. She looks rather quite eccentric though with very light clothing and wears a sunglass for some reason. She also loves to wear a lot of rings on her fingers. Definitely a merchant.

No confirmation yet if these Genshin Impact Sumeru and Dendro characters will be introduced on update 3.0, but it seems to be quite clear already without the official statement.