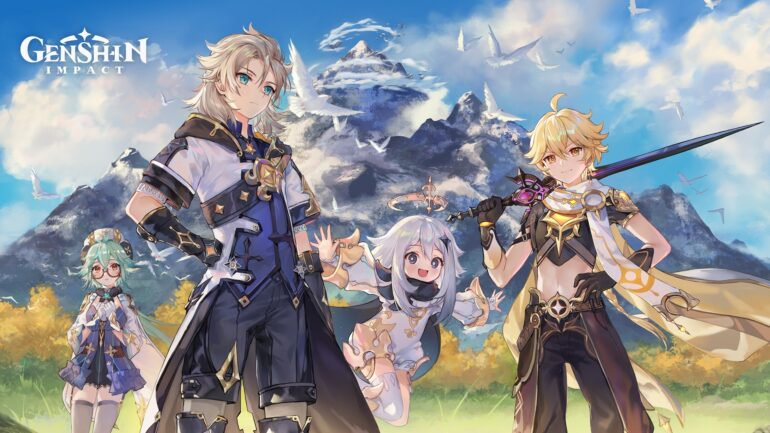 Update version 1.2 will be coming on December 23. It will introduce the first new map expansion called Dragonspine. This will reveal a new frozen realm filled with new creatures, mysterious, treasures, and dangers. It will be coming to PC, Android, iOS, PlayStation 4, and PS5 via backwards compatibility.

Genshin Impact is a free-to-play open-world action-RPG that brings players to the visually stunning world of Teyvat. The player takes on the role of the mysterious “Traveler,” who sets off on a journey to discover the fate of the lost sibling and unveils the mysterious secrets of Teyvat along the way. Currently, players can explore both Mondstadt and Liyue Harbor, two of the seven major cities in Teyvat, each with unique cultures, stories, and vast surrounding landscapes, and offering a diversity of creatures, monsters, secrets, and hidden treasures for players to discover. Further cities, stories, characters, and seasonal events will be released as the game progresses.

The Dragonspine map expansion is a frozen mountain range south of Monstadt and home to many unique creatures, a lost ancient civilization, a lot of ingredients, rare artifacts, and recipes for multiple 4-star weapons. It is always covered in snow, which makes it have extreme weather that offers a great challenge for any Traveler to survive the cold. A new Sheer Cold bar will be added to the game and players will need to keep warm, whether in combat or exploration.

The Chalk Prince and the Dragon is the new seasonal event and it will take place in Dragonspine. Players will be joining Albedo, the genius Chief Alchemist and Captain of the Investigation Team of Monstadt’s Knights of Favonius. Together, they will investigate a sword with mysterious power known as the Festering Desire. By just joining the event, players can get the Festering Desire and fully refine it. They can also get rich rewards from the event shop like the Crown of Insight.

Two new five-star characters will be added, which are Albedo and Ganyu. Albedo is the alchemist while Ganyu is a half human half adeptus Cyro archer that serves as an emissary and secretary for the Liyue Qixing. She also has a personal side quest.