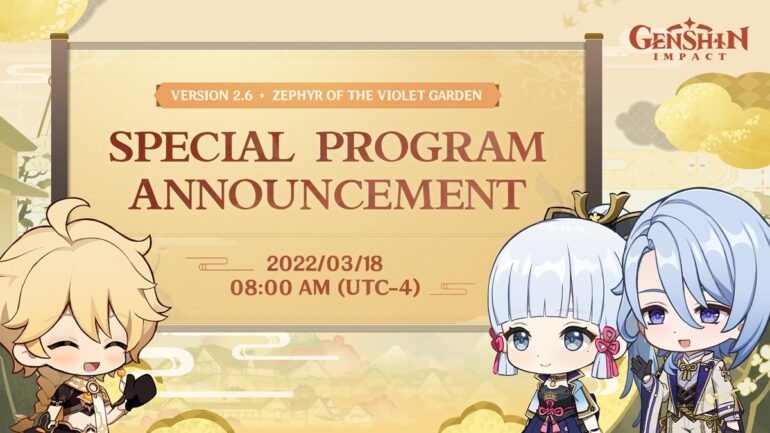 miHoYo has recently announced the schedule for the Genshin Impact version 2.6 broadcast.

The upcoming new broadcast will be held on March 18, 2022 and will start at 5 PM JST/ 1 AM PT/ 4 AM ET via Twitch. Expect new details about the upcoming update version 2.6 Zephyr of the Violet Garden.

The official Twitter account of the game has an image attached to the announcement of the schedule and it features the upcoming new character Ayato Kamisato. The image hints the revelation of more details of this new character in the upcoming broadcast.

Ayaka Kamisato is also present on the promotional artwork for the broadcast, which could confirm her return in a re-run banner sometime later in version 2.6. More details will be shared during the broadcast to make it all official.

Possible new reveals could include gameplay on exploring a new area called The Chasm. A new boss could be introduced too, which was the Ruin Serpent.