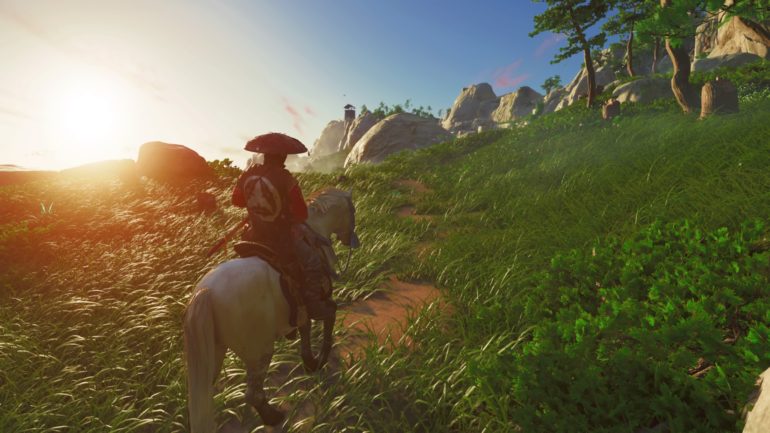 PlayStation 4 exclusive Ghost of Tsushima is launching around the corner and many fans are already excited to play this game and explore the whole island. The trailers have shown us a small peak of what to expect in the game, but it does not give full justice of what to experience when it becomes available in all regions around the world.

Speaking of which, the Tsushima Island that the game is set on is such wide and beautiful world to explore, which makes it so worth it to do. Sucker Punch Environment Director Joanna Wang shares the mechanics involved in making players getting enticed in exploration with the help of the game’s environment.

In the game, the world can be a big place to explore that it can sometimes be overwhelming to get lost into, but there are some mechanics that would assist players along the way. These come in the form of foxes, golden birds, and the wind. Foxes and golden birds lead players to points of interest while the wine gives them the hint of where the next objective is next.

According to Wang, the development team was conscious of incorporating those mechanics into the environment. In order for players not stay in the same spot and be absent-minded of what to do next, these mechanics help them find interesting things to do in the meantime.

Wang shared that they got the idea of making the environment moving and interesting was from a classic samurai filming early in development. It showed to samurais stood facing each other without moving at all while everything else is doing the opposite. This is how they included that sort of imagery in the environment. They even made it go far as exaggerating the foliage.

“We ended up treating our environment like a character,” she said. “It’s moving, it’s breathing. It’s giving you directions.”

Every area that the players visit in the game is also memorable and simplified. There are no complex elements in them because it would cause some traversal issues. Since they made it simple, it was easy to remember and that made it much more memorable for the players to explore. It also encouraged free exploration.

Ghost of Tsushima will be available soon exclusively on the PS4.