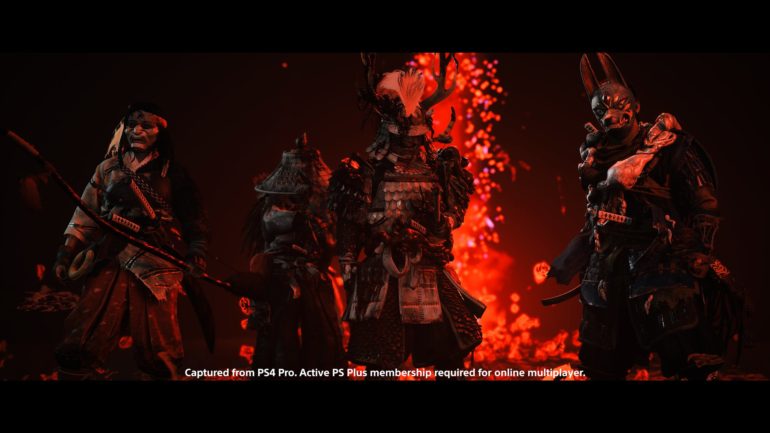 Legends will be a free download for gamers who already have the main game on the PlayStation 4 this year. It will be available this coming fall.

This is a separate mode that will not follow Jin or the companions from his journey. This will focus more on four warriors that come from the legends that have been told in stories by the citizens of Tsushima. In this mode, it will have a theme of the haunting and fantastical with locations and enemies based from Japanese folk tales and mythology. It will focus more on cooperative combat and action.

The game mode can host up to four players and will place them on wave-based Survival missions, fighting groups of the toughest enemies the game has to offer. There will be a mix of the supernatural in this though, like the Oni enemies with abilities no ordinary man could have.

After championing Story and Survival missions, players can then take on the four-player Raid that will be launched shortly after Legends. This second new mode will send players to an entirely new realm to challenge a more difficult enemy.

This mode will require internet connection and an active PlayStation Plus membership.