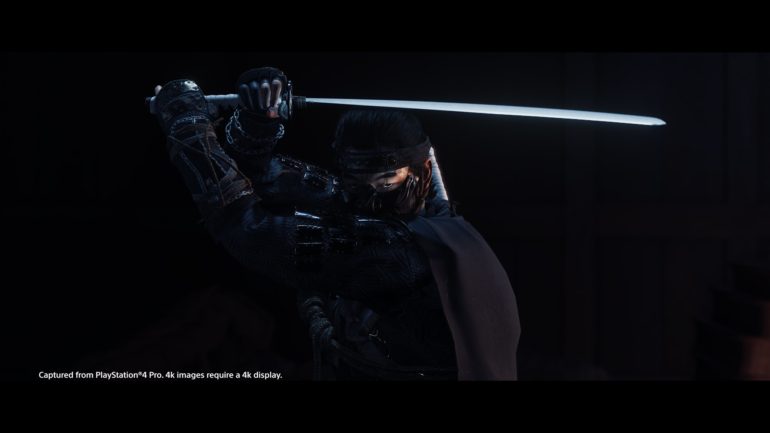 Several articles ago, we discussed how upcoming video game Ghost of Tsushima was inspired by several old school samurai movies especially when directed by legendary Akira Kurosawa. There is just something about the way two samurai warriors just staring at each other for a few minutes, slowly drawing their swords, slowly inching towards each other, and finally slashing each other with one of them now down on the ground, blood spurting everywhere. This has been applied to many types of media now like Japanese animation, manga (Japanese comics, and even Hollywood movies.

This is also true for certain games as well and the upcoming Ghost of Tsushima has it. The game has a feature that puts a black and white filter in-game and screenshots to recreate the old samurai movie feel. For anyone creative, this can give them ideas on making short clips with a “Kurosawa-style” theme. If you are attempting one with the game, here are two prerequisites that creative director Nate Fox shared to follow.

As has been pointed out by a couple of articles here already, lethality in combat will be featured in this game. This means players can kill an opponent with one or two strikes only since reality is just like that. As such, opponents can also kill the protagonist Jin with the same number of strikes. Precision and swiftness will be essential in every combat Jin faces in this game, whether in Mongolian camp raids or face to face battles.

The second prerequisite that Fox mentioned is the stillness in a samurai battle. If you have watched a lot of Kurosawa films, warriors, masters of their craft, will not attack crazily at their opponents. Each of them will wait and monitor each other’s movements. When they slowly draw their swords, there is calculation already for the angles, the distance, and the force to put into it. This calculation will then result to how precise their strikes are.

The game rewards looking at what an enemy is doing, pushing the attack if it’s right or waiting to respond if it’s not. When you make your move, Jin, our hero, doesn’t breathe heavy and move around. He stays still and just moves his head ever so slightly. There’s complete economy of motion.

And that is how you make an old samurai-themed short clip. It will be interesting how content makers will do this in several boss fights when the game comes out. This will definitely be the highlight in every video about it.

Ghost of Tsushima launches exclusively on PlayStation 4 on July 17.