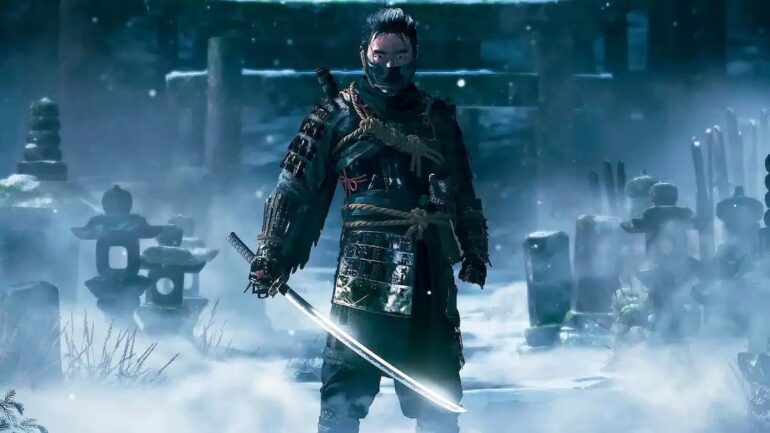 Game studio Sucker Punch has released update 2.1 for the popular video game Ghost of Tsushima and it finally adds a new function for the merchants during new game plus.

In Ghost of Tsushima update 2.1, players are now able to buy silk from merchants, but they should be in their New Game + run. This has been one of the many complaints of players because after they could complete the game, they were not able to purchase this type of material so they could upgrade their armor. The only choice they had was to complete the game again and then do a new game plus for the second time around. This is such a nice change for the game.

The Common Courtesy trophy is finally easier to acquire since the update has removed a rather annoying requirement during Legends mode. Other changes are gameplay adjustments, various online stability fixes, performance improvements, and other minor fixes.

So far, many additions have been coming to Ghost of Tsushima including the newest Director’s Cut version. Here are the contents that have been added to the game:

Ghost of Tsushima has added a new game plus option for players to enjoy. After completing the story, you will be able to load up your save and begin anew but this time with all of your stuff that you have been saving up. Well, not all.

In New Game Plus, you get to keep the techniques, gear, and vanity items you have acquired during your journey with Jin Sakai. The difficulty will be bumped up to a new level to keep things interesting, but it can still be adjusted through in the menu.

There is also a new horse that has a very bright red mane and a unique saddle. New charms to collect either to give Jin some weird, supernatural powers, make him stronger, or give him a handicap to provide some challenge. There is also an additional upgrade for the sword, bow, and armor. Also, for the trophy hunters, there is a new set of trophies to collect. Do not worry, this will not be counted for the Platinum Trophy, so it is safe.

The Ghost Flower Merchant is another feature that is exclusive to the New Game Plus and it allows you to collect a new type of flower called the Ghost Flower. This is the only flower you can collect after completing missions in this mode to replace the already acquired ones. It is accepted the strange-masked merchant that cannot speak a word and is located in Ariake.

After post-launch, players were able to use the Armor Loadouts, which was a very convenient feature to have. You can assign all the charms and vanity items in one armor type and just load it up when needed, even in the middle of a duel. From Ghost Armor to pure Samurai Armor was easy to swap in order to gain the advantage.

Legends became the new online multiplayer for players to enjoy at post-launch times. It was inspired by Japanese mythology and told stories about certain myths in Tsushima that leaned to the supernatural. It featured story missions that can be completed by a single player but were better if it was with a friend. It also had four-player survival missions and a Raid.

Gyozen is the one that will guide you to the Legends mode by sharing stories around town during the campaign. He was also present in the new expansion in Iki island.

In Ghost of Tsushima: Legends, there were four classes to choose from and each have their own unique abilities. With all four of them in survival missions, they made it easier to survive each wave.

The Samurai was more focused on combat and defense. He was more on the frontal assault and had more health than other classes. He also has the Hachiman’s Fury that could unleash a flurry of attacks.

The Assassin was the one who was more on the stealth side and can unleash lethal damage in one stroke. He is also the master of distractions and can interrupt a lot of problematic situations to save teammates who are under attack. He is a bit vulnerable though and must run away whenever they get cornered.

The Hunter is more of a long-range warrior as she uses the bow and arrow as the main weapon. She does have a sword, but just as a means to ward off nearby attackers. Her arrows though are quite lethal and accurate in long ranges. Great for attacking bosses who have high health and need to peg down their life bar a bit.

The Ronin might have low health, but he has several abilities that can help a lot. One of which is the ability to heal multiple teammates at once and can even revive them when they get knocked out. They can also summon a Spirit Dog that can help in attacking numerous enemies.

The story missions are recommended to have two players so it would be easier to complete in Ghost of Tsushima: Legends. Unlock more missions and higher difficulty to drop high rarities of items that can help players survive challenging missions.

Survival missions offer a challenge that needs cooperation between four players. They can either mix it up with different classes or have duplicate ones, but they should be able to compensate for missing classes. It has some perks in this mission though like activating blessings that can ignite enemies, summon a bear, and more.

This is a four-player mode, but this time you raid the main villain of Ghost of Tsushima: Legends, which is Iyo. It has multiple stages to complete with various difficulties to overcome. In the next few updates, these will introduce new stages in Iyo Raid for everyone to enjoy.

In the new expansion that got introduced in the Ghost of Tsushima: Director’s Cut, you get to visit a new location, Iki Island with new content to enjoy. You will face a new villain, a Mongolian shamaness who has unlocked the fears of Jin Sakai from his past, and now he must face them head-on while he goes on an adventure in this lawless land. There are new types of enemies to fight, a new skill that the horse can learn, and more.

Update 2.1 is finally available to download on Ghost of Tsushima for PS4 and PS5.