New DLC is out now! 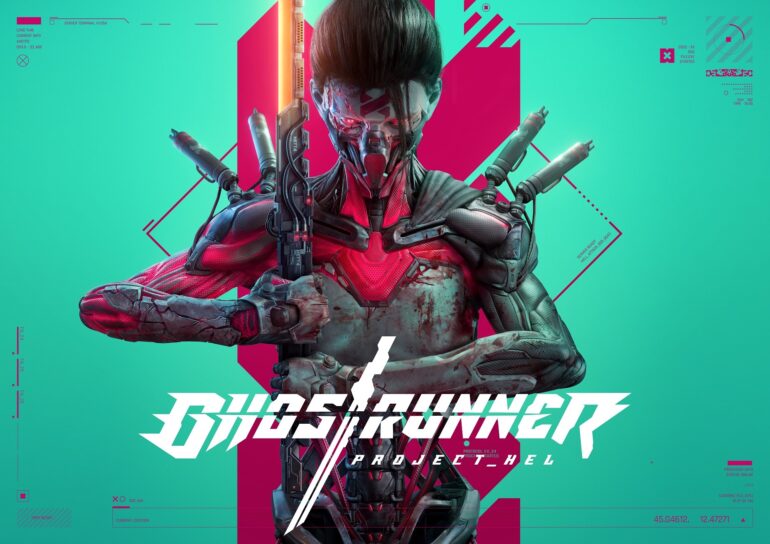 505 Games, and developers One More Level, All In! Games, 3D Realms and Slipgate Ironworks announce the launch of Ghostrunner Project Hel DLC.

Project_Hel DLC is a prequel to the million-selling first person cyberpunk action game Ghostrunner. Players will be back to the dystopian Dharma Tower as a new brutal powerful antihero in a new campaign. Get the DLC for only $14.99 across console and PC worldwide. The Nintendo Switch version will be getting it at a later time.

In this prequel, players will be playing as the combat android known as Hel. She has her own violent mission, which is to quell a rebellion at the base of the tower-city. Her true motivation in this campaign is her hatred towards the creators that keep her chained between assignments. Her internal programming keeps her from killing them outright so she follows them without complaints, but she is now looking for loopholes in order to disrupt her creators’ grand plans.

Hel is different from the regular Ghostrunners as she has no biological parts. She is a combination of AI that rendered her unstable, impulsive, and angry. This is where the mechanic Rage bar comes in. Fill it up by killing enemies to unlock the spectacular one-hit-one-kill attack. Reject death with the attack-negating Shield, bypass enemy defense with Unlockable strikes, and strike from afar with energy Surges.

Hel does not have a Gap Jammer grappling hook like Jack has but she has the Super Jump that provides her with aggressive movement capabilities both for traversal and combat. She can also air dash further and use a Sensory Boost to quickly visualize her trajectory. Upgrade her abilities in order to improve her powers. There are new challengers including four enemy types and two bosses.