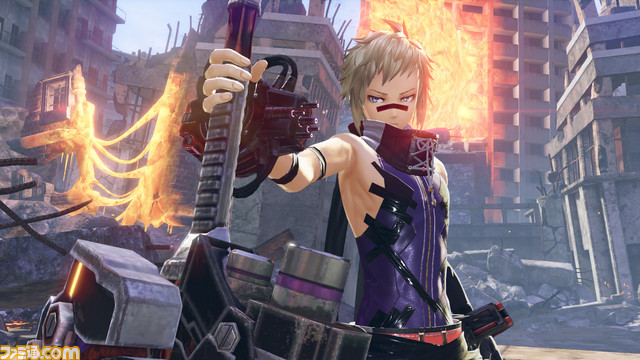 The newest character to join the roster is Sieg Pennyworth, which is voiced by Shun’ichi Toki. He is usually caring, but can also act up at times. He grew estranged from one of his two younger brothers and wields a Boost Hammer as his main weapon.

The newest monster Aragami to fight against the God Eaters is the Aragami Barbals. There are several returning Aragami as well as the Vajra, Sariel, Blitz Hannibal, Chrom Gawain, and Marduk.

Determines power-up effects during the Burst state, and can be set for melee weapons, guns, and armor.

By using “Preserved God Arcs” obtained as mission rewards, you can install skills into your God Arc. Install Skills strengthen the basic abilities of your God Arc.

There are also Install Skills with increased effects based on the player’s level, as well as those whose effects increase when the player reaches Level 10.

The game will launch worldwide for PlayStation 4 and PC. There is still no release date to be announced.