Over 60 features and more to come have been revealed. 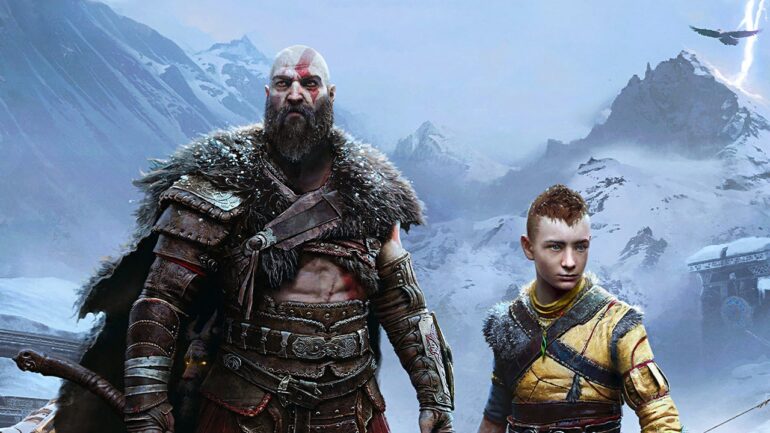 In the latest PlayStation Blog post, Santa Monica revealed over 60 God of War Ragnarök Accessibility Features for the upcoming video game sequel. They did not just redesign the UI to allow more flexibility and readability, but they also rebuilt controller remapping from the ground up and added more customization to combat and interaction systems. They have also retained all of the accessibility features from 2018 God of War and now have expanded on those and that was led to more than 60 features.

The PC features from the original God of War 2018 was added to the sequel. Santa Monica Studio made sure to improve and continue those features and now it will then be added to the PS4 and PS5 versions of Ragnarok and will continue to support on those.

Here are some of the features that will get added:

Sprint Auto Sprint: Kratos will sprint while the player holds the stick and he will stop when they release it. When Auto Sprint is active, players can start sprinting by pressing the move stick forward for a short amount of time in one direction. The Auto Sprint duration can be customized by the player.

Persistent Dot (Always on Reticle): Players who get dizzy due to motion sickness can reduce that by focusing on one point in a game. With the persistent dot, they can turn on a center dot in three different sizes and seven different colors. They can also just use this as a reminder on where to locate the center of the screen.

Aim Style: Players can now choose to use either hold or toggle on/off the aim stance.

Block Style: Players can now choose to use either hold or toggle on/off the shield stance.

Subtitle and caption system got improved even better to allow for even more customization and information wit the new God of War Ragnarök Accessibility Features.

Subtitle and Caption Colors: The colors of the speaker names, subtitle body, and captions can be adjusted individually. Again, seven different colors can be chosen.

Speaker Names: Just like from 2018 God of War, players can show or hide speaker names. They can even set the size of these texts as they are independent from the UI text size.

Captions: New captions to both cinematics and gameplay got added in order to provide a rich understanding of the soundscape of the world. Captions can also be used for critical gameplay information where players can gain information for puzzles and narrative understanding.

Subtitle and Caption Background Blur: Players now have the option to blur the background of subtitles and captions. It will make the text more readable over complex scenes.

Subtitle Background: Aside from blur option, players can also choose to darken the background behind subtitles for better readability on snow. It will include multiple opacity settings to choose from.

Direction Indicator: An optional direction indicator has been added for critical gameplay sounds. This will show the direction a sound is coming from. Puzzles that have sound cues can easily be solved with the help of this indicator.

The controller remapping system has been rebuilt to allow players to customize their button configurations with the God of War Ragnarök Accessibility Features. There are various preset layouts to choose from and there is also a custom controller remapping support. Individual buttons can be swapped and they can choose alternate configurations from a preset list if they want.

The studio offers various methods to customize the player’s experience for certain actions that would need more than one button. They can choose the Touch Pad for Spartan Rage, Navigation Assist, and Quick Turn.

This mode has been improved and will not allow players to apply a color to objects in-game like targets, enemies, and other characters. When this goes active, it will apply a color layer to characters that will make them more visible against the background. The background can be desaturated if they want if they need to increase the contrast. Special effects, loot items, and traversal point can be made more visible with this mode.

Activation Customization: Players can customize their High Contrast Activation. They can turn it off, on, or always on for gameplay only, which means it will exclude the cinematics. The mode can be toggled on and off from a swipe for easy access. When players go to the settings or characters menu, the mode will automatically disable.

Color Customization: Players can choose a color palette that will fit their playstyle and adjust individual colors for items, enemies, and characters.

Navigation Assist: Players will be “nudged” to their compass objective by orienting their view. Outside of combat, pressing the Navigation Assist button will then change their view to the direction of the next story goal.

Audio Cues: Every on-screen interact prompt will now have a sound cue when this feature is on. Players will hear a sound when an interact icon is nearby, and a button prompt becomes active. It will also extend to additional combat cues like unblockable attack rings, targeting aim cues, and weapon swap cues. The volume can be adjusted separately from other volume sliders.

These are just some of the over 60 accessibility features and customizations that players can adjust and use in God of War Ragnarök.

God of War Ragnarök is still planned to be launched later this year for PS4 and PS5.