Calm down and wait for announcements. 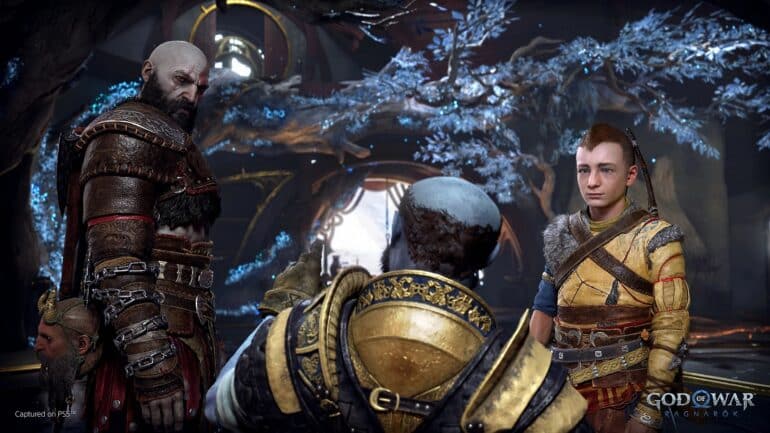 God of War Ragnarok Producer Cory Barlog has now stepped in to put a stop to the fans who are now going wild due to recent rumors about the game.

Several rumors about the reveal of the release date for the most anticipated sequel God of War Ragnarok have been appearing online. They all claim that Santa Monic Studio will be releasing that precious information soon and that sent the fans into a frenzy.

This all started when known industry insider The Snitch on Twitter posted a cryptic GIF featuring Kratos and the binary code 11110. That is binary code for the number 30 and that gave everyone the hint that the upcoming announcement could be June 30, 2022. Another known industry insider Roberto Serrano said the same thing and also the supposedly release date, November 18, 2022 and the pre-order availability for the game. From there, it all spiraled out of control and now Barlog had to step in to get them to stop.

Barlog has now said in a new Twitter post that fans should be patient for them to announce it to the world. “If it were up to me I would share all the information when I know about it,” he said. “But it is not up to me.”

The Snitch is Worried

Media outlet Kotaku recently reached The Snitch for a comment and they replied. They said that whatever Sony Interactive Entertainment had planned for June 30, 2022 has been pushed back. They did not share any more details about it but they did note that they got the same info from the source that Bloomberg got as well. The Snitch is now more worried about the game due to the delay.

The Snitch was confident that there was going to be a reveal on June 30, 2022, but SIE delayed it instead. They were sure that it was not a State of Play or a gameplay trailer. The delay just meant the game is still not polished enough yet.

Whatever the case, fans will have to wait for the official announcement.

God of War Ragnarok is supposedly going to launch this year for PS4 and PS5.