God of War Ragnarök Weapons Each Have Unique Finishing Moves 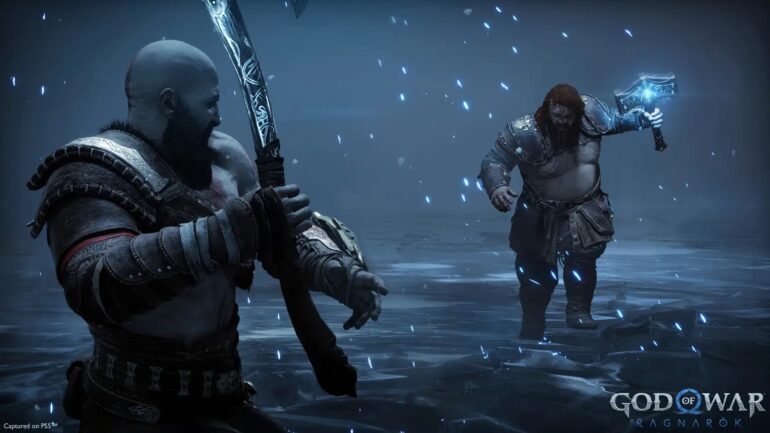 It was recently revealed that the weapons in God of War Ragnarök each have a unique ability that fans might want to discover.

Santa Monica Studio Animation Director Bruno Velazquez recently spoke with media outlet Eurogamer in an interview. He was asked about the reuse of animation in the sequel, which he confirmed but with an addition. He revealed that their goal is to take what they have already built on the previous one and then expand it.

Velasquez then revealed that for the first time in the franchise’s history, this upcoming new game will have weapon-specific finishing moves. “So depending on whether you have the Blades, or if you have the axe equipped, you’re going to get a unique kill,” he revealed.

Players will be encouraged to discover different kinds of unique kills on a weapon that Kratos will equip on a particular enemy. Velasquez revealed that they are now able to achieve it here on God of War Ragnarök. He said that he wanted to do this kind of feature since the original series, God of War 2 or 3. Now in this upcoming title, they are finally able to do this.