Gotham Knights struggles what it wants to be. 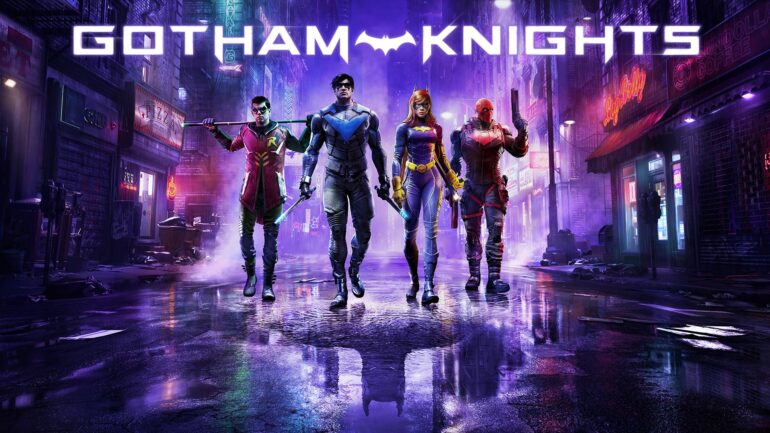 When leaks came out about a new Batman Arkham game, I was excited until Warner Bros. (WB) Games introduced Gotham Knights led by its in-house development team Warner Bros. Games Montreal. Since the studio’s huge project, Batman Arkham Origins, I already had my expectations set very low. After seeing Gotham Knights’ reveal and gameplay trailer in 2020, it looked quite similar to Crystal Dynamic’s Marvel’s Avengers but with more of the Batman Arkham formula.

Back then, I was excited to see how WB Games Montreal can pull off such an intriguing game with the Court of Owls in the mix with Batman dead, but after playing the disappointing Marvel’s Avengers a month after Gotham Knights was revealed, everything started to become dim.

I had a feeling that Gotham Knights may suffer the same fate as Square Enix’s failed attempt at being a games-as-a-service (GaaS) title. However, after playing the game since last week, what I can say is: where Marvel’s Avengers failed is where Gotham Knights succeeded… kind of.

Gotham Knights also struggles with an identity crisis, trying to be something else while doing something different.

Gotham Knights opens up with a decrypted video named Code: Black. It’s a recording from Bruce Wayne that’s immediately sent to all of his subordinates if a tragic incident ever happens to the Batman. It’s confirmed, the Dark Knight is dead and it’s up to Nightwing, Red Hood, Batgirl, and Robin (Tim Drake) to take up the mantle as the protectors of Gotham City. The premise is certainly strong and attracts a lot of fans to witness how the story unfolds.

The plot certainly kept me going despite all the gripes I had with Gotham Knights. It doesn’t just focus on Batman’s death, but rather, how the story builds up within the team and stayed consistent with the right kind of emotions it’s trying to evoke. Nightwing is pressured on leading the pack while grieving Bruce’s death, Robin is at a loss and misses the presence of his former mentor, Red Hood feels like an outsider and copes with the death of Batman while trying to be a better teammate and Batgirl is trying to move on from her father’s passing.

However, some key story points just became convenient, especially with the build-up to the Court of Owls’ reveal and the story arc’s end. WB Games Montreal poorly handled the Court in a way that everything just fell into place without adding more to the thrill and mystery. I don’t want to spoil anything about the missions leading up to the greatest crime organizations of all time in the Batman universe, but the build-up leading to the Court was meant to be just a total grindfest.

Even with the issues I had with Gotham Knights’ main story arc, the Case Files missions are the most engaging content throughout the game. There’s a short narrative that doesn’t entirely contribute to the main plot, but it expounds the lore that’s set in this universe and you get to fight against these iconic villains in a final battle. I love how the missions happen mostly in enclosed areas that are more linear as this deviates from the distractions of Gotham Knights’ uninspiring open-world.

Talking about open-world, Gotham City is greatly built but there are tons of missed opportunities for solid world-building. It’s rather filled with crime events where you can simply grind for experience points to level up. While there are other characters that can give you side quests called the Contact Missions like from The Penguin, don’t be fooled; it’s still tied with taking out a number of premeditated or opportunistic crimes, even taking out a number of brutes. Unlike Batman Arkham Knight’s side missions, these Contact Missions provide little to no value to the world-building whatsoever as they only provide experience points, gear blueprints, and/or crafting materials.

Exploring Gotham City can be done by foot, glider, or the Batcycle. Unfortunately, the Batcycle is the most underwhelming, useless piece of tech Gotham Knights has to offer; the controls are clunky and stiff that you would even think of avoiding the Batcycle throughout the entire game because I did. No missions that would utilize the Batcycle for chases except for time trial side activities. It’s such a waste.

If you’re expecting missions that are exclusively for a member of the Bat Family, there aren’t, aside from it being a side activity that focuses on their own story which ends fairly quickly. You can play Gotham Knights by just using one hero, and when you go through the missions alone, you’re literally alone without any backup even though the mission’s story would have made a great opportunity for an AI-controlled hero to come in. Even in the cutscenes the other heroes are absent and are only heard through comms which is disappointing.

After pouring tons of hours into Gotham Knights, it made me realize that the game was made with the sole intention of being a single-player-only title for one particular hero. How? Let me break it down for you.

First, whenever you go through missions, the other members of the Bat Family aren’t really felt aside from them giving you advice or comments through comms.

Second, the other playable characters won’t even show up in any cutscenes outside the game’s hub, the Belfry, aside from one mission where Nightwing and Red Hood interacted outside the hub for the “Dick’s Story” side activity and that’s that.

Third, after playing a certain mission where I decided to use Red Hood and the enemy threw him into a pit where people are supposed to die. When I played the next main mission as Nightwing, the enemy then said he thought he killed me during the last encounter really made me say: what??

Fourth, when playing Gotham Knights co-op multiplayer mode, both of you and your buddy will only see the host’s character in the cutscenes. The entirety of the co-op, while it plays great, in terms of story missions, it feels detached knowing that there would have been decent conversations back and forth between the characters in the cutscenes.

Don’t get me wrong, I love the co-op experience, it’s actually one of the biggest highlights of Gotham Knights. The game progression starts to be challenging as enemies become stronger when I team up with another player, we get to do tag team attacks when able, silently takedown enemies in stealth together, and I get to hear some tidbits of conversation during combat. It’s a huge letdown knowing that your buddy is simply there to support you and isn’t entirely involved in the story’s progression.

Gotham Knights’ customization feature is amazing. Aside from installing modchips to enhance your power and abilities, you can fully change the colorway, cowl, emblem, wrist armor, and boots. All of the 15 suit styles, which can be unlocked by crafting the suits from blueprints, are mostly inspired by other source materials (from films to other games and comics) and have about 3 different customization options for every piece. It’s great a way to uniquely represent your hero in every way you want.

Gotham Knights’ character progression is quite similar to those games-as-a-service looter titles, especially Marvel’s Avengers. Mission rewards, chests/crates, and drops from defeated enemies give you a specific type of gear (Suits, Melee, and Ranged) but are not entirely specific as to what perks they offer until you open your Gear list, modchips for suit upgrades, and crafting materials. These equipments are also categorized based on their rarity: Common, Uncommon, Rare, Heroic, Epic, and Legendary.

While these gears and crafting materials are easily obtained by completing missions and defeating thugs, they can be a total chore to do. There are crafting materials you need to make the best suit that offers two slots for modchips that can only be obtained by going through specific Case File missions, and if you don’t have a lot of time to play the game, then it can be a total grindfest if you want to get the best gears out there before you take on a certain mission. It’s taxing and grinding takes much of the fun away when the game doesn’t really offer much content after finishing the main campaign.

Even your Momentum Abilities are tied to challenges; you need to defeat a specific number of thugs or clear out two dangerous Court of Owls areas. It’s a lazy game design by choice as it appears that WB Games Montreal wants players to put more time into the game rather than making character progression fun and engaging.

Each of the heroes plays fairly the same but is unique when it comes to their abilities. Before you could use any of the abilities your hero has to offer, you need to gain momentum first hence why they’re called “Momentum Ability”. You need to deal damage or perfectly dodge an attack to fill up the momentum ability bar. It’s actually a great trade-off as inflicting more damage to enemies than waiting for a cooldown is more satisfying before you get to use your heroes’ abilities.

Movement animation varies per attack per hero, however, as it is exciting to button smash your way through combos, in Gotham Knights, you need to time your attacks to execute a faster chain combo. Combat is pretty much grounded, attacks can surely impact more and you get to appreciate the acrobatic moves Nightwing can execute, Red Hood’s style of shooting with his pistols, Robin’s bo staff skills, and Batgirl’s punches.

At first, you may feel that combat might be a bit sluggish since all of us are more accustomed to the fast punches by Batman in the Batman Arkham franchise. Once you get used to the combat ace, everything that follows becomes natural. I have come to understand the nature of Gotham Knights’ combat to be more RPG-like with a sense of tactics involved which makes the slow movements fitting.

Even with slower-paced combat, Gotham Knights struggles to maintain 30 frames per second (FPS) on PS5 regardless of resolution, and it also doesn’t have a Performance Mode feature like most other games. As shared by WB Games Montreal’s executive producer via Discord, Fleur Marty said that it’s all because of the “features” like “providing a fully untethered co-op experience” and that it’s not easy as lowering the resolution to boost the game’s frame rates. Regardless of such an answer, Gotham Knights performs inconsistently on the PS5.

Gotham Knights can prove to be a great game in certain aspects but it struggles to find its own identity. It’s lost and doesn’t really know what it wants to be, but regardless of its identity crisis, Gotham Knight’s characters, co-op, and enjoyable combat made my time memorable and bearable. 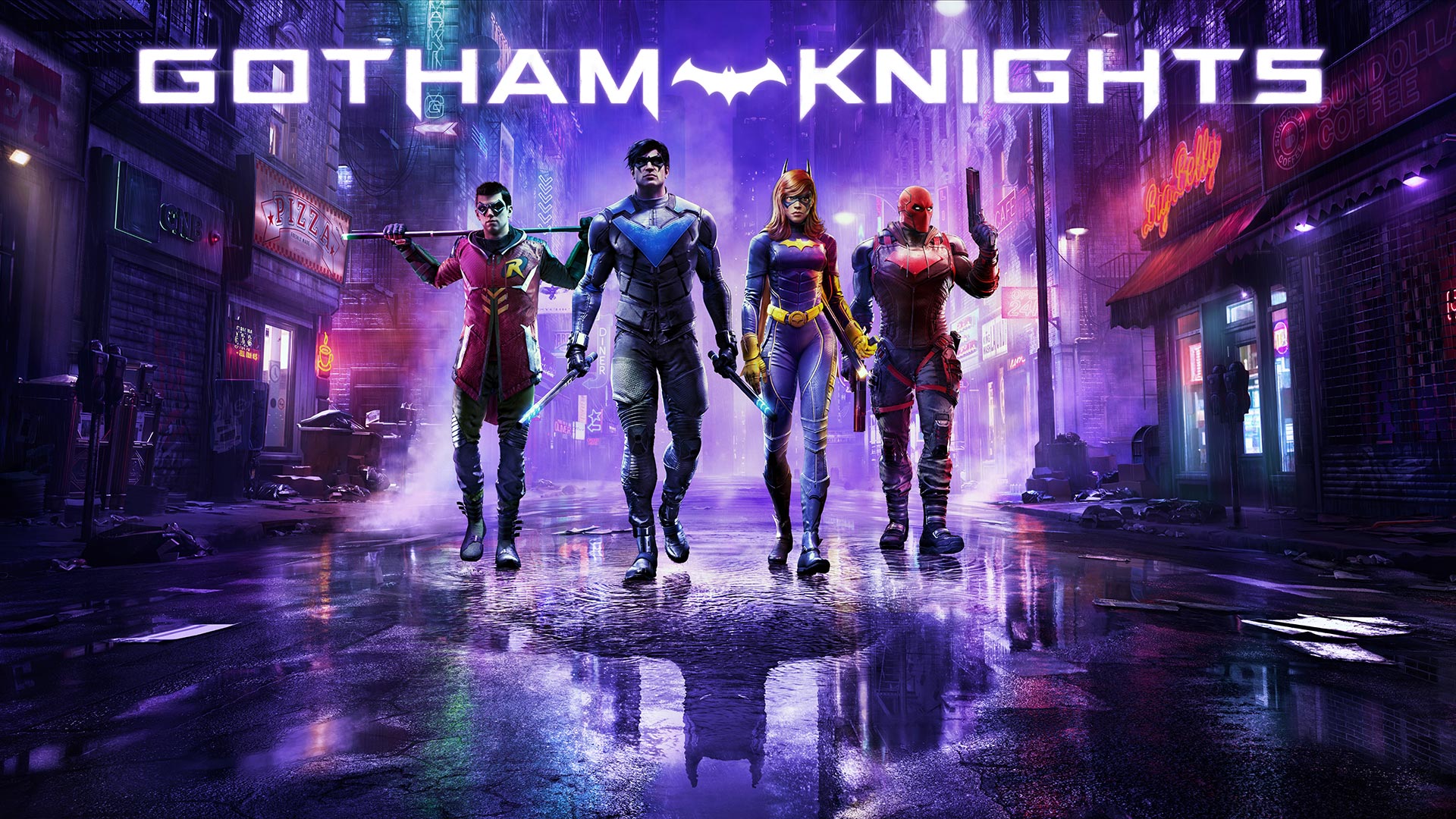 Gotham Knights – Review
Score Definition
You better have to choose if it’s worth spending your spare cash, because it might not be the game for you and it might be for others.
Pros
Amazing characters and dynamic
Slow-paced combat that makes you appreciate its movements
Great Gotham City
Solid co-op experience
Villain missions in Case Files are engaging
Cons
Court of Owls story arc felt convenient and safe
Uninspired side activities with the exception of Case Files
Batcycle is underused and clunky to drive
Frame rate issues occur during heavy sequences on the PS5
6.5
Justified