Compete in the drug trade! 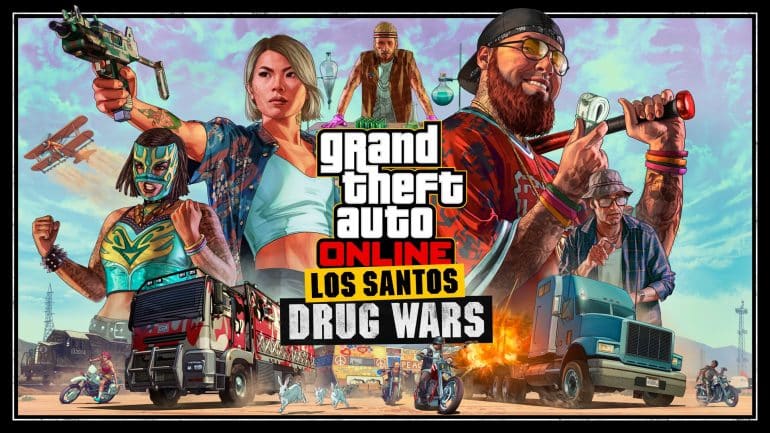 This will be a two-part update for the online multiplayer part of Grand Theft Auto V. Expect a wide range of updates from quality-of-life improvements to new content. It will be available starting on December 13, 2022 for all platforms.

Players only need to visit Blaine County to join up with Nervous Ron and a new band of out-of-state misfits. The mission is to make their mark on the Los Santos psychedelics trade. Players will likely encounter opposition like wealthy drug dealers and some very dangerous bikers while cooking up potent hallucinogenics. They can make it in elaborate labs or their own.

This will be an expansive new two-part story update for GTA Online.

The upcoming new update will include new business enterprise to operate, new vehicles and missions, and experiential upgrades. This will only be the first batch as more events, significant story and gameplay updates, and more to come.