Grounded Crossplay and Cross-Platform Support Between PC and Consoles 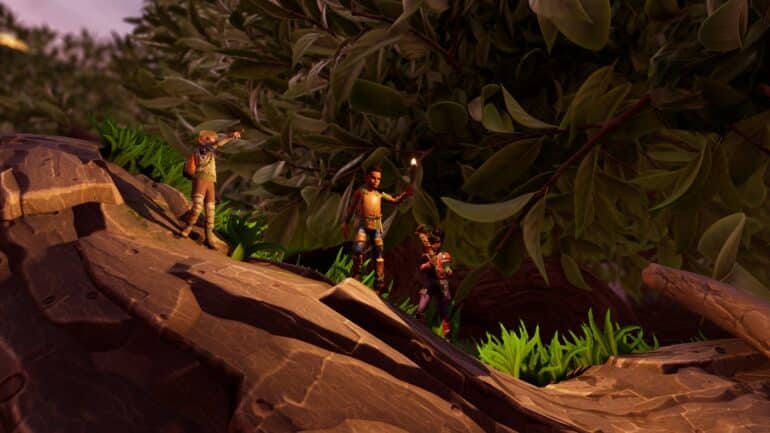 Grounded crossplay has been brought up again since the game is nearing its September 1.0 release date. The game is a multiplayer survival game set in the backyard of a quiet suburban neighborhood. Think of it as “Honey, I Shrunk the Kids” with a greater emphasis on survival. The can be fun when played solo, but like many other survival crafting games, it truly shines when your adventure (and misadventures) are accompanied by friends. So, the question remains, is Grounded crossplay and cross-platform support available right now?

But before we address the main topic of this article, a little background. In Grounded’s multiplayer, a group of kids gets caught in a weird science experiment that results in them becoming really minuscule. To them, bugs are the size of animals and puddles are lakes. Survival is key as they find a way to repair the machine that will bring them back. It is set to release sometime in September 2022 for Microsoft Windows and Xbox One.

Is Grounded on PS4?

Unfortunately, no. Grounded is will not be on PS4. The game is an Xbox and PC exclusive game with the backing of Microsoft and Xbox Games Studios. Furthermore, Obsidian Entertainment has been acquired by Microsoft and that brings with a certain level of exclusivity.

Yes, Grounded is, in fact, a cross-platform game. Players who have the game on Xbox consoles can play alongside their friends on PC (via Steam and Microsoft) within the same game world. There are additional steps that need to be taken for Steam users but it’s still doable.

Don’t just take our word for it. Here’s what the developers have to say about cross-play back on July 29, 2020.

Is Grounded Crossplay Steam and Xbox?

Yes, Grounded is cross-platform between Steam and Xbox. You can play with your friends in the same instance of the world. But it must be noted that Steam users are required to have an Xbox Account for Multiplayer. A Microsoft account works too but an actual Xbox account is preferred for the sake of cross-progression.

The thing you need to know right now is that despite being in Early Access, Grounded has full crossplay and cross-platform support between Microsoft Windows and Xbox consoles. Better still, all of that will carry over when the 1.0 release goes live in September.

As previously stated before, users on Steam will need to Xbox Account to play with friends on Microsoft and Xbox. But other than that, Microsoft Store and Xbox console players will be able to partake in seamless multiplayer in the same instance of the world.

On a final note, it is the host that is responsible for the group’s save file. All progress and world state is saved within that file. It is very much advisable to frequently update the save file so to lessen the chance of accidentally losing progress.

And that’s it for this guide on Grounded Crossplay and Cross-platform explained.

Check out this video from Youtuber ComputerSluggish Plus where he explains how to play co-op in Grounded on Xbox One and PC.