The game is free to play this weekend, btw 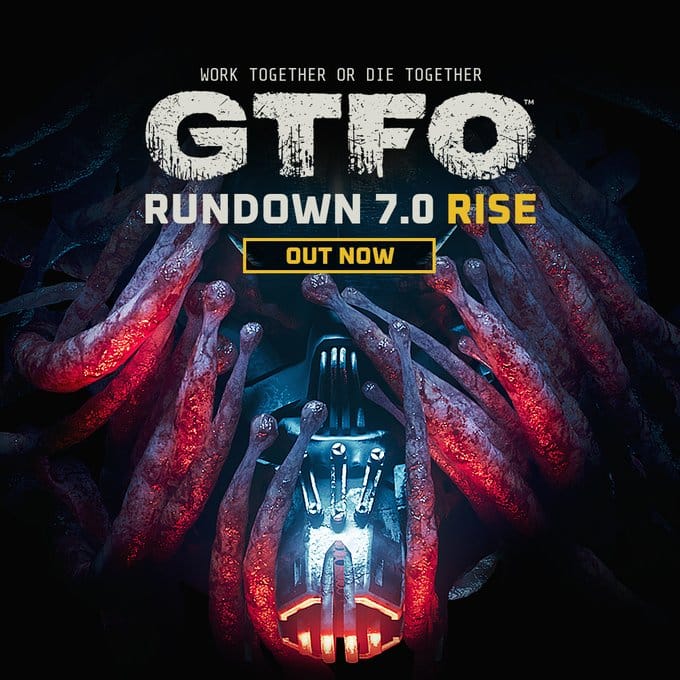 Developer 10 Chambers has announced today that it launched a massive update for its 4-player co-op FPS, GTFO. The latest rundown adds 10 new expeditions, a new Garden environment, and – a hideous tentacled enemy, which you watch in this new trailer.

Since launching, 10 Chambers has delivered six major updates as part of their “Rundown concept,” Today, it’s time for the seventh installation – named Rundown 7.0 Rise. The most important news with this Rundown is the Gardens environment – adding blossom and green to the previously cold and dark environments – and two new enemies. One sporting many tentacles and one that will prove to be Immortal? On top of this, the game will be free to play on PC (via Steam) between June 16 and June 20.

It feels great to deliver one more major update for free to our GTFO community while at the same time being able to invite everyone to try out GTFO during our Free Weekend on Steam. To make onboarding a bit easier for new Prisoners brave enough to embark down in the Complex, we’ve added a solo tutorial level that will teach you the basic ropes of GTFO. But don’t keep playing solo; it’s still best to play with friends, work together, or die together

Something that has kept the community busy even before it was launched is its story. With Rundown 7.0 Rise, five of the ten expeditions will be focused on continuing this story arc – and an expanded localization system will make the story elements more accessible to all supported languages. The update includes a range of quality-of-life improvements, such as new sound effects, a more dynamic music system, animation, and graphical enhancements, and clearer visualization of players’ progression rewards.

GTFO takes place in a terrifying underground facility called “The Complex,” where you play a team of prisoners whose survival relies on your ability to communicate, coordinate – and count your bullets. The game uses a concept (The Rundown) where it’s regularly updated with new expeditions (maps, scenarios, enemies, etc.) that replace the previous ones.