Guardians of the Galaxy: The Telltale Series: Tangled Up in Blue – Review 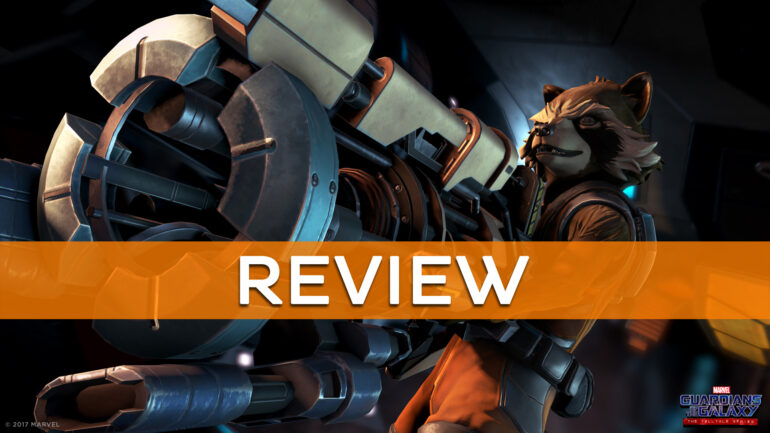 Guardians of The Galaxy: The Telltale Game Series is both very familiar and extremely different at the same time. While the game borrows heavily from the movie version of the Guardians of the Galaxy, this game exists in its very own separate universe. Events in the game do not match up with the direction of where the MCU (Marvel Cinematic Universe) is heading and moments from the movies have been ignored like Peter not knowing who the Collector is even though he met him in the movie. 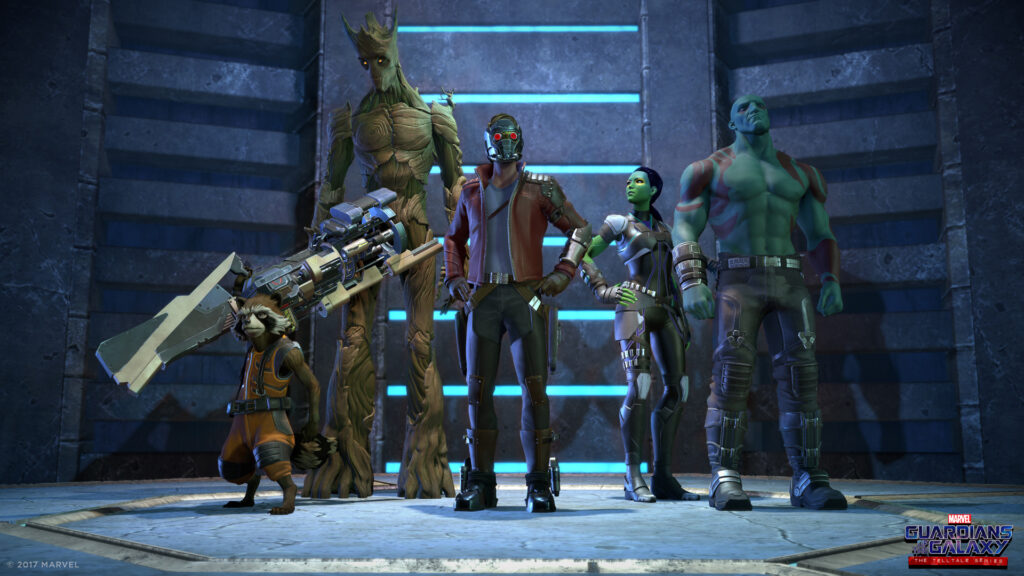 Guardians of the Galaxy (GotG) has to be the best looking Telltale’s game yet. It left the comic book art-style of previous titles in favor for something more detailed. This is the most prominent in Star-Lord’s character design. Specifically the jacket. Like the movie counterpart, Guardians is a very vibrant game. It embraces a huge array of colors making it one of the most eye-pleasing telltale games out there.

The tone of the game is very light-hearted. This means that dialogue conversations and player decisions are not that heavy-handed compared to other Telltale games. It felt like the game only provided us with one major decision in the entire episode. While it can conceivably be a bigger deal in future episodes, the only thing episode 1 showed me in terms of cause and effect was that one guardian felt more valued then the other. This is not a “So-and-so will remember this” moment either. It is a huge decision and the payoff or fallout was not really felt.

The game explores an interesting idea. Which I liked. The guardians are essentially a ragtag group of individuals brought together to fight a greater evil. The game asks: what happens when there is no evil to fight? Will they stay together? This is explored throughout the latter half of the game and it really makes you think about the team’s dynamic. We get to explore the histories of these characters. Histories that were only hinted at in the movie version. We can talk to Gamora and ask about her relationship with Nebula, talk to Rocket about life as a Guardian and my favorite, get Drax to open up about his family. 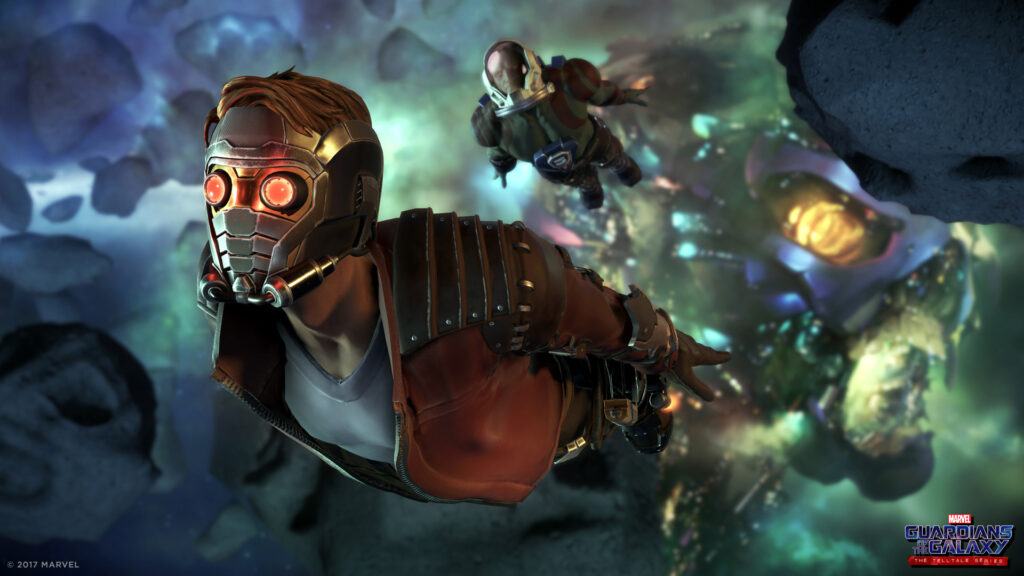 A major problem I have with Episode 1 is that the pacing is off. We have a huge climactic battle in the first act of the episode and it just drops right after that. It does try to set things right with tension between the characters and a mystery to set up the episodes to come but the feeling from that first act is never matched. First episodes should end strong as to entice people to keep on watching, or in this case, playing. But it never did this for me. Granted I am somewhat intrigued by what comes next but it did not leave me begging for a new episode like say Game of Thrones or even Tales from the Borderlands.

The exploring part as a Telltale game did not quite fit in this title and is honestly the lowest point in the episode for me. This is what others call the point-and-click part of the Telltale experience. These are characters who go in guns-a-blazin and to have them stop to look at stuff really took me out of it. Telltale did try to make this segments interesting by adding verticality to the puzzle areas and a nifty gadget called the time scanner, they sadly only made these segments more drawn out. Luckily the game also provides you a distraction in these areas with the ability to talk to the other guardians via space walkie-talkie.

In the end, Tangled Up in Blue shows me that not everything fits into the standard Telltale Formula. Mechanics found in other Telltale games feel out of place in this title and decisions carried very little weight to what we were doing. That said, it was still an enjoyable experience and built up enough intrigue to make me consider checking out the other episodes. If anything, this can quench your GotG thirst until the movie arrives.