Guardians of the Galaxy: The Telltale Series: Who Needs You Review – Interstellar Action and Drama Done Right! 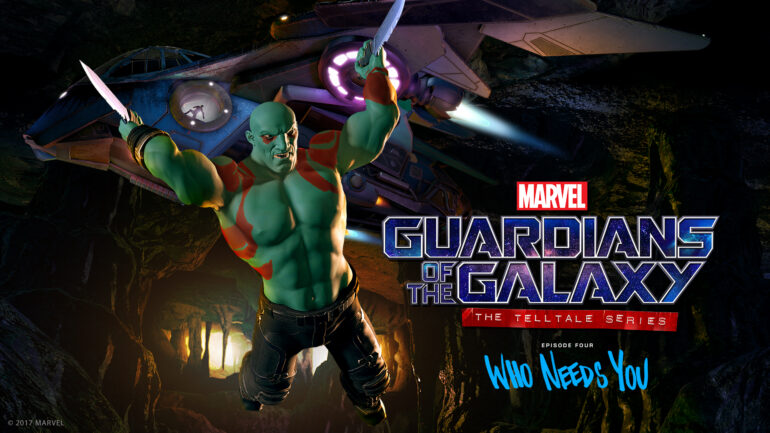 If Marvel isn’t trying to dominate the big screens, then they’re trying to make their way into the gaming industry where a lot of people are more than happy to welcome them. Both Marvel and Telltale Games have come together to develop Guardians of the Galaxy: The Telltale Series; an episodic graphic adventure video game that’s based on Marvel Comic’s Guardians of the Galaxy comic book series. 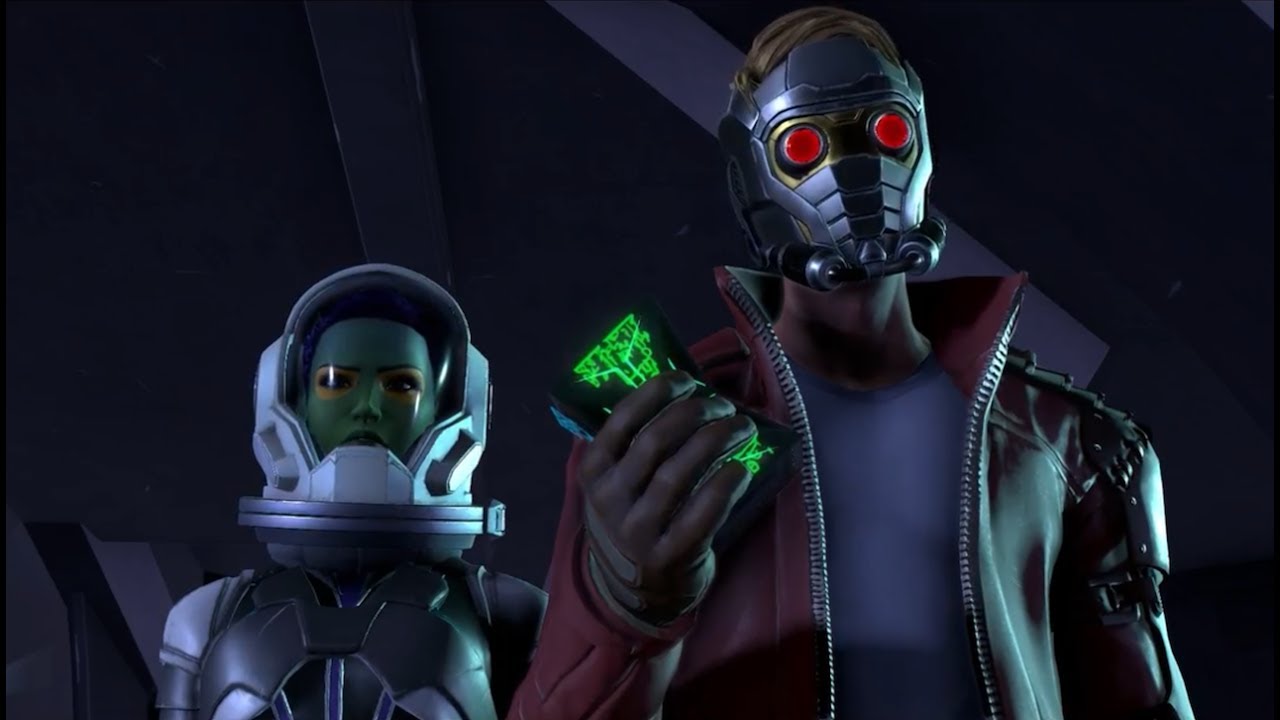 We’re going to take a look at Episode 4: Who Needs You, and this by far is one of the episodes that have the greatest balance of both action sequences and character development. The build-up to the finale is something that should be handled with great care and make people hungry for more, and that’s exactly what the 4th installment of the Marvel-Telltale game series managed to pull off very well.

There won’t be any spoilers as there are still some out there who are trying to go about the story for themselves, but this episode is definitely going to get players invested in the plot. The game is going to throw you in for a loop as you’re forced to make one of the game’s most difficult decisions. It also has the most tear-jerking moment that’s definitely going to get a reaction to those who love a particular metaphorically dense member of the Guardians. This is definitely the episode that has the better story out of the rest and its one that players are definitely going to enjoy.

There are just two problems that can be seen here that has been consistent in just about every other episode of the game. These would have to be QTE’s (Quick Time Events) and the exploration sections.

It’s nice that the choices and the QTE’s really make the player focus on the story as they can appear at any moment, but there are a number of them that will have no effect on how the game progresses. Although it isn’t that hard to press the right keys at the right time (especially since you’re given more than enough time to react as well as the simplicity of the key combinations that you have to press),  but it is rather frustrating knowing that there are some QTE’s that will continue the plot should you fail. It’s this kind of inconsistency that will make players wonder as to whether or not they can just sit back and watch as things progress, or if they actually need to provide any sort of input if they don’t want to start an episode’s particular scene from the very beginning.

The exploration sections of the game are something that really shouldn’t have been included from the get-go. It gives you the feeling of “free” roaming, but all you’ll ever be doing is clicking on just about anything that you could possibly interact with until you manage to find the one thing that will allow the episode’s plot to move forward. This can take players out of their immersion with the story as they’re suddenly forced to stop and look around small environments until they click on a particular object that will get them moving along. It feels as if the developers just wanted to add some extra padding to make the game feel longer than it’s supposed to be, and that’s not exactly a good thing.

But these two problems are minuscule to the overall way the episode played out. You’ll definitely connect yourselves with the characters a lot more and the dialogue for the choices you make is still made of the great stuff you’d expect out of a game that’s based on the Guardians of the Galaxy. It even helps that the music that plays for particular scenes matches the mood that the game is trying to go for.

Overall, this episode happens to be one of the best and it’s definitely going to get those who are playing excitedly to see what’s going to happen in the fifth and final entry of the Marvel-Telltale game. 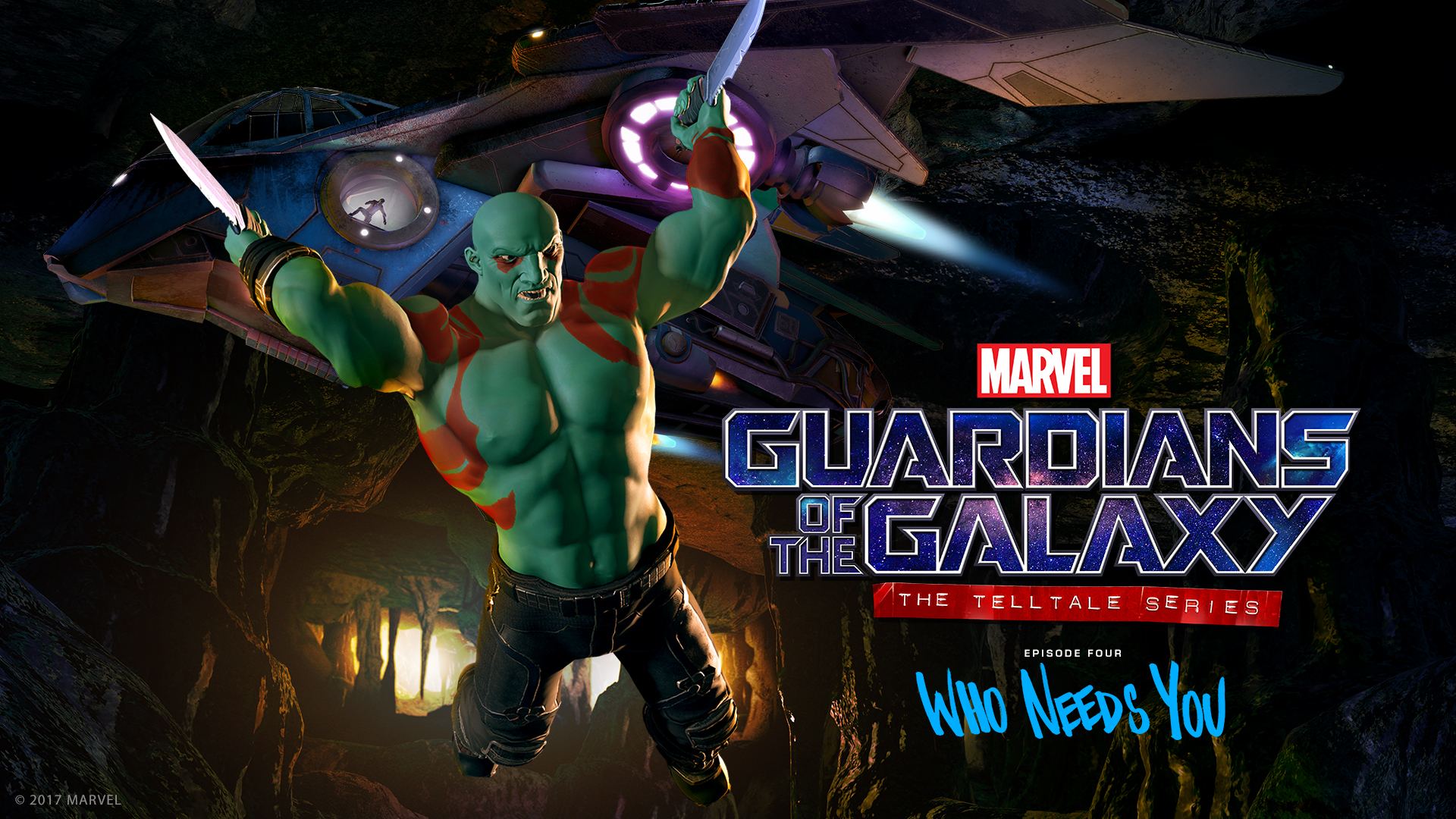 Guardians of the Galaxy: The Telltale Series: Who Needs You - Review
Score Definition
When the issues of a game are rolled and stomped by its greatness, then it’s something to invest on if you have some spare.
Pros
Fantastic Writing
Great Soundtrack
Amazing Character Development
Cons
Pointless Exploration Sequences
Non-consequential QTEs
8
Great