Our review about a new Gundam game made for PVP players 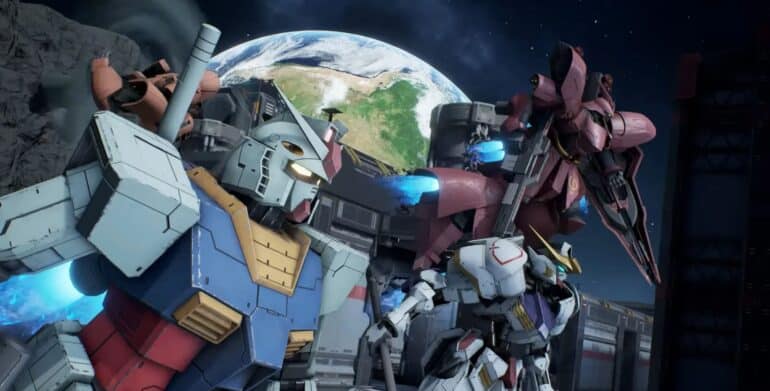 In this article, we will give players the Gundam Evolution Review they want to see and hope they will learn what we have experienced after playing countless hours of it on the PC.

When it comes to PvP games, I am rarely active on the subject matter. However, in the case of Gundam-themed games, that changed. Gundam Evolution a free-to-play FPS with six players on either team competing in objective-based game modes. There are a ton of memorable units, stages, and even, unexpected surprises from the popular Gundam series. From a certain point, this game has similarities to Blizzard’s Overwatch and is considered a new hope for PVP Gundam games.

The gameplay is very simple. Team up with 5 other players against 6 other players and ride on your chosen mobile suit that fits your playstyle and complete the mission objectives of the chosen game mode. I find it very competitive and very appealing to my taste that this game offers a unique set of game modes and challenges that no one has ever expected in most Gundam games. There are times in the game when I feel I need to feel the rush to make myself noticeable in the game in order to get those likes and the MVP spot of the game. Doing so will reward me with great rewards and those rewards will give me satisfaction to customize the skin of not only my weapons but my mobile suits as well.

Tutorial settings of the game are easy to understand and can teach new players to understand better the game mechanics especially if they want to get into PVP-type games like Fornite, Overwatch, and even, Apex Legends. I think that this is a great setting, to begin with, and hope that other new PVP-type games will give players a more simple look at their games.

The mobile suits playable in Gundam Evolution should be familiar to anyone who knows Gundam. The roster includes units from the 1st Gundam series, Moblie Suit Gundam to the latest one, Mobile Suit Gundam: Iron-Blooded Orphans. However, when playing the game I felt like the number of mobile suits in the game is limited and that kinda feels lacking for me. Luckily, the developers of the game announced that there will be more units to be added in the near future but no news of when specifically. Knowing this I feel like the expectation is in between so there is no way of saying if fans such as myself are willing to devote themselves to the game.

The season pass and the rewards earned in the game are good but I felt that they need to add more especially since this is their launch. Rewards such as unit skins, weapon skins, and ornaments are very fun to equip and use in the game. Some of these are custom Gunpla skins from well-known builders around the world while others are variants that you can see in the anime, manga, and light novel versions of the Gundam series.

The graphics of the game is well-versed and distinguishable. Considering that I played the game on PC, Gundam Evolution’s settings and quality are very good. It has a certain degree of detail that no other Gundam games make you want to watch their animation more and hope to see a more modern look in the future. I am overjoyed by this and I want to continue playing this game.

Great sound effects and BGM are fun to listen to in the game and in Gundam Evolution, a new original BGM theme was used for it. When hearing the BGM intro of the game, made me remember one of the classic Gundam games, Mobile Suit Gundam Climax of U.C on the Playstation 2. The sounds really say damn this game is a Gundam game that no one would want to stop playing and will continue to do so.

Overall, Gundam Evolution is a good game, especially since not only this game is free-to-play, it gives a chance to players new and old something to look forward to. Not only that the game itself has some interesting news and updates according to the developer of the game that will entice players to continue playing and await more in the coming months.

Score Definition
We tell you, it’s a good game! It’s not average! It might have some problems here and there, but you have to admit it is a “Good” game.
Pros
Gameplay is simple and suited for PVP new and old
graphics of the game is really well versed and distinguishable
Great sound effects and BGM are fun to listen to
this game has similarities to Blizzard's Overwatch
Cons
Rewards of the game are a bit lacking
Lack of units makes its troublesome but easy to interpret that there will be more in future.
Expectations of future updates makes game's expectation so so
7.5
Good