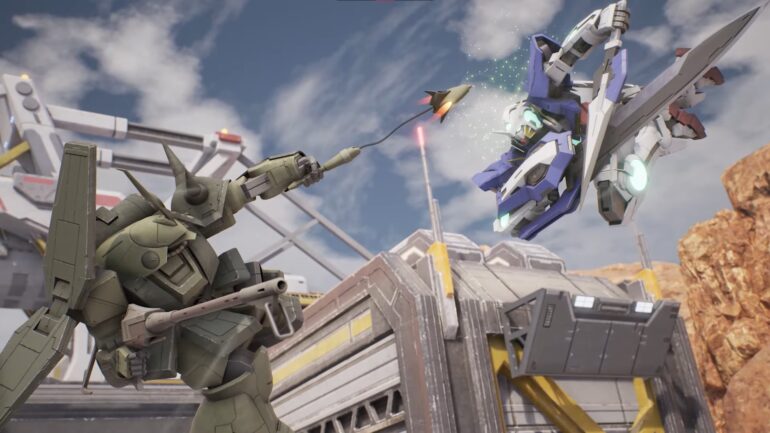 From the trailer, the Marasai (UC) uses the Fedayeen Rifle as its main weapon for ranged attacks. It is a rather specialized long rifle that can hit targets from quite a distance. It also uses the G-Maneuver and Skill Sea Snake with Shock ability. It can pull its opponents towards it from a short distance for a big advantage in close quarters. It can also pull the Marasai away from dangerous situations.

Gundam Exia has a rather unimpressive main weapon, which is the GN Beam Dagger instead of its short rifle from its GN Blade. It can be used to finish off weakened enemies from a distance. Its large GN Blade however is no joke as Gundam Exia can close the distance and easily break enemies with the melee weapon. Its G-Maneuver and Skill is Trans-Am, which can increase its speed significantly and can close the distance in seconds. It should have a downside though, but the trailer does not show this.