Game publisher GungHo Online Entertainment America recently teased that they will have a major game reveal for Switch at E3 2018. They also set up their official E3 2018 site.

On the game publisher’s official E3 2018 website, it teased a top-secret game aside from two other ones: Call of Guardians and GALAK-Z: Variant S. It also showed their E3 map, which shows the west hall and their booth number is 4800.

Call of Guardians is a mobile game that can be played on iOS and Android mobile phones. It is a one-of-a-kind MOBA that is developed by Signal Studios. Players can choose different kinds of heroes like Helvia, robot Ladon, summoner Damien, and more. They can use these characters to fight against opponents in fast-paced, head-to-head action.

In GALAK-Z; Variant S, players will control the last surviving human pilot A-Tak in his journey across the universe. They will fight against the Imperial Baron’s interstellar forces using a sleek and agile spaceship or an advanced sword-wielding Mech. The game is playable on Nintendo Switch. 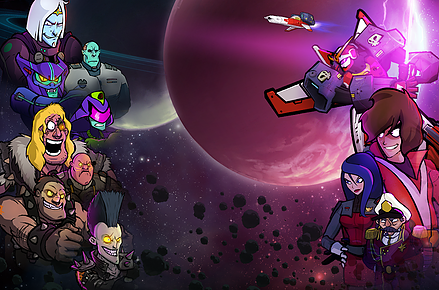