Even though FGO JP had just started the Halloween 2017 rerun, they immediately threw the bombshell that is this year’s Halloween event!

Mark your calendars, because on October 24, Halloween 2018: ONILAND will start!! 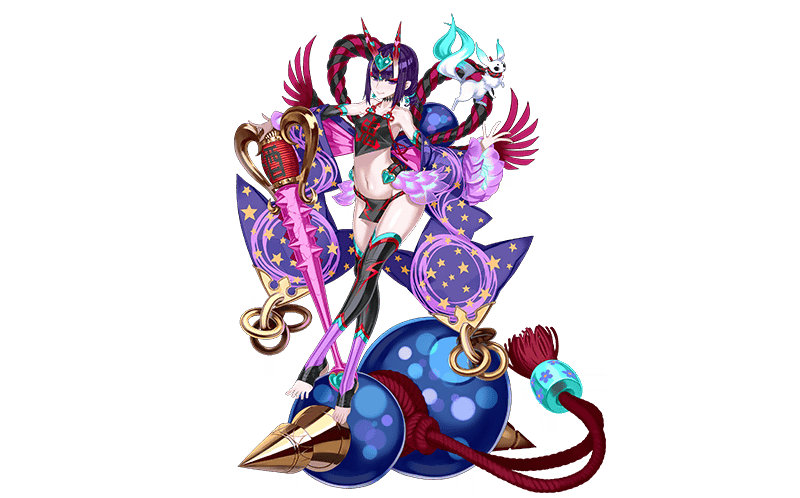 And what better way to get people’s attention by revealing this year’s welfare Servant to be the fan favorite Shuten-Douji! While her class is yet unrevealed, her artwork personally makes me believe she’ll be a Saber class, but we’ll have to wait and see.

And alongside Shuten-Douji, they’ve teased the silhouette of the gacha SSR. The general consensus seems to be Shitonai, the helper NPC from Lostbelt 2. What we know so far about Shitonai coming from the in game lore is that she’s using Ilyasviel von Einzbern as her vessel, and that she’s an Alterego class Servant.

And speaking of Lostbelt 2, this event’s participation requirement is that all Masters must have cleared Gotterdammerung. The fact that this Halloween event requires being up to date to story clears speaks on the potential difficulty curve of the event. This makes me very excited on what kind of mechanics we’ll get this year.

Have fun doing the Halloween 2017 rerun and save your quartz because Shitonai is probably confirmed!